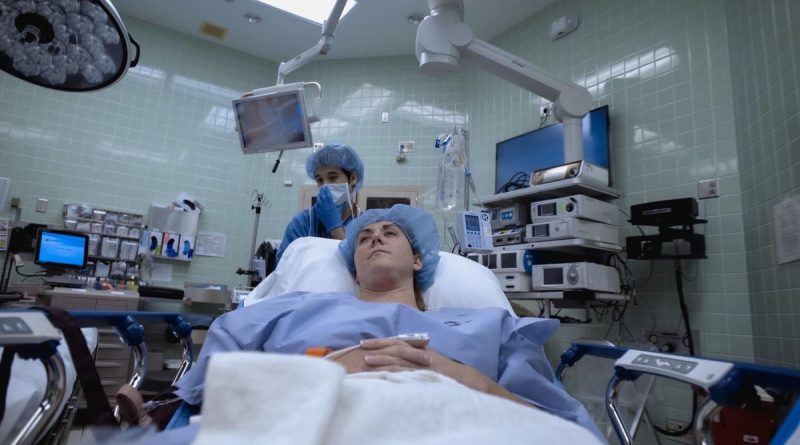 When the COVID-19 vaccine became available within a year, some medical experts called it a modern miracle. Although it deals with diabetes, the documentary The Human Trial brings home why such a feat is rare indeed.

The film follows five years involving the biotech company ViaCyte of San Diego, California, and two diabetes patients in Minnesota who volunteered for a clinical trial of the potential treatment it developed. Making her feature directing debut, filmmaker Lisa Hepner illustrates the severity of this disease with hand-drawn diagrams on white paper and a sobering voiceover from someone who knows this subject well. The veteran producer (Dreamland) has coped with Type 1 diabetes for thirty years, noting, “It’s become a joke in the community that the cure is only five years away.”

Her husband, Guy Mossman (Chasing the Cure), is the director of photography. She shows their young son how she tests her blood sugar and relates to viewers how she constantly regulates this with insulin injections. “My blood sugars look like the Himalayas.”

A person with diabetes either doesn’t make enough insulin to process blood sugar or can’t use insulin as well as it should, according to the U.S. Centers for Disease Control and Prevention. More than 37 million adults nationwide have diabetes, which is the seventh-leading cause of death nationwide. It’s also the top cause of adult blindness, kidney failure, and lower-limb amputations.

The two patients the film introduces each underwent several implants of stem cell packets that ViaCyte’s researchers hoped would stimulate their bodies to produce insulin, balancing their blood sugar without the need for injections. Maren Badger says that living with this disease makes her more accepting of others unique situations. Gregory Romero is more cynical. Medical companies make a lot of money selling insulin, glucose monitoring devices, insulin pumps, and other equipment to manage diabetes, he says. Why would they want to get rid of that?

The Human Trial doesn’t explore that in depth, but it does highlight the curious relationship between the biotech industry and Big Pharma. Today, diabetes is at the hub of a $245 billion industry, Hepner says, and companies like ViaCyte need investments from pharmaceutical companies and others to fund their research.

Yet when Canadian physician and scientist Frederick Banting discovered insulin—a breakthrough for which he earned the Nobel Prize—he thought it belonged not to one entity but the world. He generously sold his patents for $1 each, the film says.

The Human Trial covers a lot in its running time of one hour and thirty-three minutes, interviewing the ViaCyte team and catching up with Badger and Romero at various appointments and setbacks. At times, viewers might wish the film had stayed more with these patients, who took a battery of medications to keep their bodies from rejecting the implants. They also underwent several surgeries over months to remove the implants, charting their results.

It’s physically and emotionally draining, says Badger, who like Romero wants to survive to watch their children graduate. Both have days where they feel better during the treatment than they typically do but are afraid to hope for too much.

So is Hepner, who through the interviews and narration tries to hold everyone at a distance, then eventually asks if she should have hope: “Not me, the filmmaker. Me, the patient.” The researchers have no simple answers.

Viewers won’t get a tidy resolution watching The Human Trial, although they will come away with a fuller understanding of why Hepner calls clinical research messy and hard. It requires heaps of patience, compassion, and determination to hold on for so long.