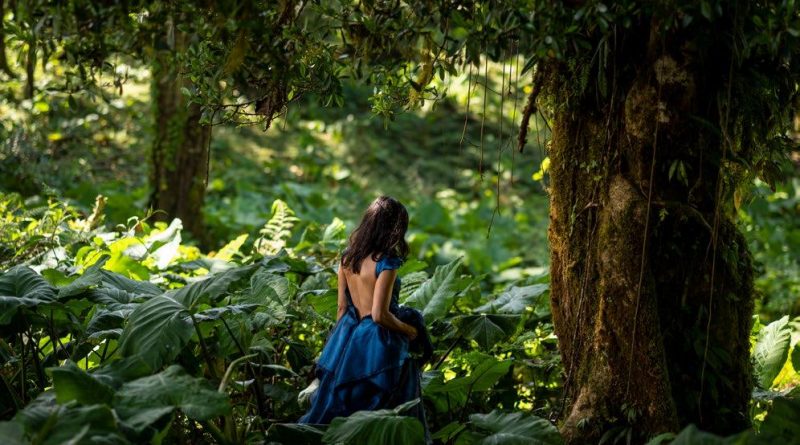 The unique and wholly original Clara Sola is a gorgeous, finely etched character study about the title character, a mature woman with physical and mental limitations who rebels against repression by her mother and her environment, a lush and mysterious Costa Rican forest. The magnificent Wendy Chinchilla Araya, making her movie debut, plays the childlike Clara who lives with her niece María (Ana Julia Porras Espinoza) and her religious mother Fresia (Flor María Vargas Chaves).

Fresia champions her daughter’s healing abilities as folks in the region come to benefit from her powers. Yet, her mother restricts and belittles Clara, not allowing her dress herself and refusing her desires for autonomy. Fresia may see her actions as well meaning and protective but Clara can’t even touch herself without her mother dousing her fingers in hot chilis. When a doctor tells Fresia that Clara’s crooked spine could be fixed by surgery, Fresia refuses, almost as if curing her daughter would take away her perceived healing powers.

Director Nathalie Álvarez Mesen, in her impressive feature debut, mixes a mystical quality and religious fervor with the reality of Clara’s lonely life. A white horse named Yuca is her closest friend; she creates a shrine for a shiny beetle and takes refuge in watching it with beautiful, close up shots of the creature moving across Clara’s bent, rough hands. It’s a solitary existence until the arrival of a kind farm worker, Santiago (Daniel Castañeda Rincón), which stirs something in Clara even though he is more attracted to Maria.

Mesen creates tension and suspense in this earthy atmosphere with the mysterious Clara’s emotions erupting at a Maria’s 15th birthday celebration. The end is ambiguous and engrossing; fitting for a rare gem of a character and film.