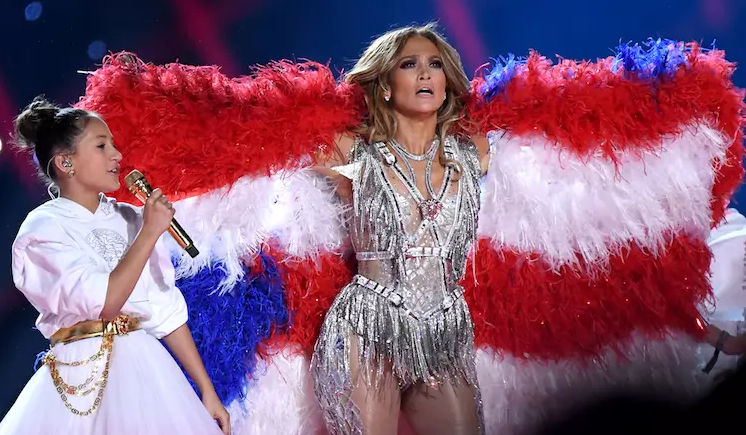 The Netflix documentary Halftime peeks into the whirlwind life of global superstar Jennifer Lopez—but don’t expect to get too close.

“One of the things that I’m proud of is that I’m able to hold it together in front of everybody without anybody knowing how I feel,” she tells the filmmakers. Earlier, she says that she doesn’t even let on when she’s sick.

Premiering at the Tribeca Film Festival, Halftime focuses heavily on Lopez crafting her performance for the Super Bowl LIV halftime show in Miami while touring the awards circuit for the film Hustlers. The latter earned her several film critics’ association awards and a Golden Globe nomination.

That would be a rollercoaster in anyone’s life, let alone a showbiz veteran who, at fifty, headlined one of the biggest venues and landed some of the best accolades of her career. Director Amanda Micheli (One Nation Under Dog) provides viewers with ample behind-the-scenes footage, but her statement about self-control is never far from viewers’ minds.

That gives Halftime more of a curated than spontaneous feel, although there are interesting glimpses of Lopez’s life and personality during its 95-minute running time. Among her three sisters, Lopez recalls, she was always the athlete or the dancer, not “the singer” or “the smart one.” Her mother loved musicals, and Lopez herself fell in love with West Side Story, which “made New York and those barrio neighborhoods feel vibrant and beautiful.”

At eighteen, Lopez left home to focus on dancing against her mother’s insistence on education. Halftime doesn’t delve into any tensions this might have caused or interview her family in-depth, but viewers can read between the lines in scenes such as a Thanksgiving dinner where Lopez’s mother criticizes her cooking as having too much vinegar. “How ironic,” Lopez says.

Halftime is a bit of a biography, showing a handful of clips from Lopez’s early days as a “fly girl” dancer on TV’s In Living Color, then segueing into acting, singing, and becoming a successful entrepreneur. It skims over the tabloid fixation with her love life, her figure, and jibes at her talent, all of which Lopez found hurtful but holds at arm’s length. Still, she becomes genuinely choked up over a Hustlers review calling her “criminally underrated.”

Halftime is at its best when showing her passion and creativity around the halftime show. Teaming Lopez with Colombian singer/songwriter Shakira for the Super Bowl halftime show was the NFL’s idea, which Lopez’s manager, Benny Medina, took as an insult that one Latina couldn’t carry it alone. Lopez seems more irritated over them having to build a cohesive performance within just six minutes each.

Not one to make political statements, she becomes adamant about the show standing for something, “not just shaking our asses.” She stands firm when the NFL tries to nix Lopez putting her daughter, Emme, and other girls in lit-up “cages” to reference the Trump Administration’s immigration policy, turning the dance hit Let’s Get Loud into an anthem.

Lopez is an undeniably charismatic performer, and viewers will leave Halftime marveling at her energy. (I wondered when she sleeps.) Yet in exploring her drive, it shows us only half the picture. “My whole life, I’ve been battling and battling to be heard, to be seen,” she says. If only we’d seen more of that.