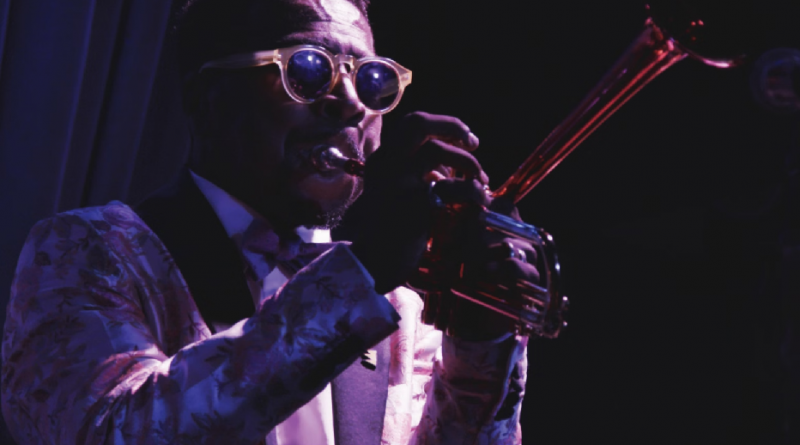 Little did first-time director Eliane Henri know that the footage and interviews she filmed of her longtime friend, the acclaimed jazz trumpeter Roy Hargrove, during his 2018 world tour would be a chronicle of the last year of his life. He passed away November 2nd of that year from a longterm kidney disease, after being on dialysis for 14 years.

Henri, who met Hargrove when she was 17, had known him for 28 years at the time of his death. In 2016, she asked him if she could make a documentary about his life, and started shooting Hargrove in January of 2018. In an interview with Billboard magazine, Henri said of the experience, “It was like he captured lightning in that last year, testifying and bearing witness to his experiences on planet Earth. Then he took off.”

History and the world of documentary filmmaking are the beneficiaries of her fortuitous timing. Onscreen, the musician is as magnetic as he is real in every frame. Since he will no doubt continue to grow in the esteem of jazz aficionados and music lovers, this film will stand as an important record of a great musician gone too soon.

People who aren’t jazz-heads may not know Roy Hargrove, but they’ve probably heard him on some recording. Posthumously elected to Downbeat Magazine’s Jazz Hall of Fame, Hargrove was known as a talent early on, and was discovered by Wynton Marsalis when he visited the Booker T. Washington High School for the Performing and Visual Arts, before he went on to study briefly at Berklee and explode on the jazz scene. In 1990, his first album Diamond in the Rough put him on the A-list of jazz players. At only 24, the Lincoln Center Jazz Orchestra commissioned him to compose an original jazz suite. He went on to win 2 Grammys and be nominated for 6 Grammys, winning twice. He had an ability to blend genres, and his work can be heard on albums that were both straight ahead jazz and those with more of a hybrid sound. Hargrove was a member of the Soulquarians, an experimental jazz collective that included D’Angelo, Questlove, Mos Def, Talib Kweli, and Common. He also performed on albums like D’Angelo’s Voodoo, and Erykah Badu’s Worldwide Underground. Badu was a schoolmate of Hargrove’s from Booker T. Washington, and a lifelong friend. In Variety, she said, “Roy was already a legend in high school. Truth is Roy was actually a legend starting in junior high.” Badu acted as executive producer on the documentary.

It’s not like you’ll learn much of this in Hargrove, though. The bulk of the film is focused on Hargrove himself, whether it’s reflections on his life and art or insights on his personal history and his playing. In terms of what from his music career is played in the film, Henri had to find a way to work around the fact that Larry Clothier, Hargrove’s longtime manager, forbad the use of any of his original music in the film, and consequently only jazz standards and improvisations by the musician are used in the documentary. There’s even an unedited scene in which Hargrove, Henri, and Clothier are having a heated discussing about how Clothier keeps putting up roadblocks or keeping Henri from filming. There are lots of expletives being tossed out, mostly by Clothier, and it’s clear he is only happy when Hargrove let’s him be in complete control. The subject of manipulation and Clothier’s role in Hargrove’s life and success is one of the subjects discussed by the many of the high-powered interviewees that are part of the documentary. They include Winton Marsalis, Sonny Rollins, Mos Def, Herbie Hancock, Questlove, and Erykah Badu.

It’s hard not to notice Hargrove growing more and more tired during the tour centered in the film. He even mentions his health and future, and he’s pretty sanguine about it. He plays like he knows he’s running out of time, and he speaks like he’s laying down a message to leave behind. There’s not a moment he’s onscreen that he doesn’t light it up, which is particularly fascinating given the musician is only comfortable in the spotlight when he’s playing. It’s frankly shocking this is Henri’s directorial debut. Perhaps it’s the love she had for her friend that inspired her, but she’s created a film that isn’t just biographical, but also considers things like the predatory nature of the music industry and what art can be in truly collaborative hands. Her choices lead to a beautiful tribute for one of the giants of the musical world.