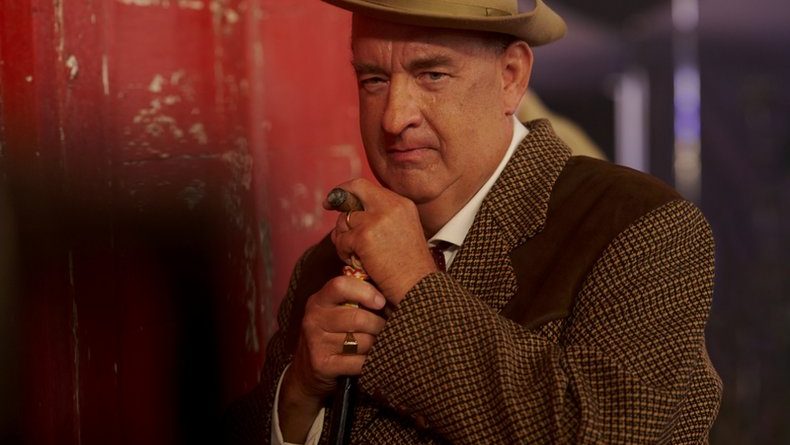 Elvis: The Showman and The Snowman

After an 8 month delay it’s Now or Never and Elvis has finally entered a movie theater near you.
Get ready to get All Shook Up at this bombastic biopic that plays like a 3 ring circus, but would we expect anything else?

Those who have a Burning Love for Elvis say Don’t Be Cruel to the hip gyrating heartthrob as this dubious documentary is told from the point of view of the man who crowned The King, his longtime shifty manager, Colonel Tom Parker. The Devil in Disguise didn’t always Love (Elvis) Tender because the pseudo serviceman was Nothin’ but a Hound Dog.

An almost unrecognizable Tom Hanks gives an over the top performance as Parker. The makeup is phenomenal, but despite his odd, almost Yiddish accent, it’s obvious Tom is behind the prosthetics. Young mega star in the making, Austin Butler, is the hunky and chunky Elvis. He’ll make you Shake, Rattle and Roll as he slips seamlessly into The King’s jumpsuits doing most of his own singing and swiveling.

Suspicious Minds will say Hanks, as Parker, is too much of a caricature rather than a character. Playing the role too campy. He is and he does, but this Elvis is a Baz Luhrmann production. There’s A Little Less Conversation and more sparkle and splash. There’s crotch shots, fainting women, squinting and snarling. Favorite songs are performed with bits of the real E.P. spliced in.

Are You Lonesome Tonight? Put on your Blue Suede Shoes, make a peanut butter and banana sandwich, leave your Heartbreak Hotel and drive your Pink Cadillac to the nearest Metroplex. You Can’t Help Falling in Love with Elvis, the movie. It gets an 8.