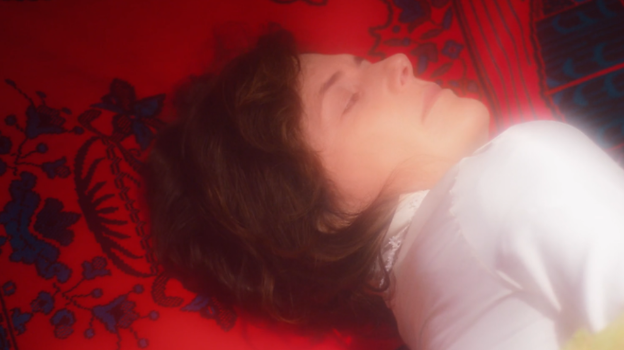 Few contemporary filmmakers embody the spirit of independent filmmaking quite like Steve Balderson, who since his early days of DIY video filmmaking in the early 1990s has persistently and unrelentingly heeded what appears to be an almost biological call to make movies. And what movies they are; Balderson glides with a seemingly endless, effortless grace across genre, tone, and emotional energy, creating film-worlds that can be violent but never exploitative, melodramatic but never camp, excessive but never tacky. Perhaps only alongside Mickey Reece – the so-called “Soderbergh of the Sticks” – although they make very different kinds of films, there is a fundamental joy both filmmakers appear to share on an almost primal level that image and sound can combine in the ways that cinema allows and make magic happen. Creatives like these, at the very least, are a poignant and almost always necessary reminder that great art will always find a way.

Nominated for Best International Feature at Portugal’s Fantasporto Film Festival in 2022, Balderson’s most recent effort Alchemy of the Spirit from a purely auteurist perspective shows a filmmaker whose vision and artistry has only clarified and strengthened across his already lengthy career. In terms of scale, Balderson does not hold back as he explores life, death, the universe and, well, everything. The film follows an older, successful artist Oliver (Xander Berkeley) who wakes up one morning to find his beloved wife Evelyn (Sarah Clarke) has died in her sleep. Shock and grief mingle as the lines between reality and fantasy increasingly blur as Oliver attempts to come to grips with what has happened, the film’s signature magic realism only heightened by Hanuman Brown-Eagle’s exquisite cinematography.

The thematic questions Alchemy of the Spirit asks are not small: what comes after? Through lengthy conversations with Evelyn, Oliver’s journey is both a deeply personal one, but also has a near-universal appeal as he comes face to face with mortality as a broader concept. Having worked with some of cinema’s greatest screen divas – the legendary Karen Black, for instance, on more than one occasion – Balderson has a veritable superpower when it comes to unleashing the on-screen presence of older women in film in particular, which we see here through his collaboration with Clarke herself, but of course also the iconic Mink Stole, who almost steals the show in her role as Alex, Oliver’s art dealer. And at the heart of the film is Oliver himself, and so strong is Berkeley’s performance that it would be difficult to imagine this film without him.

But, like so many of Balderson’s films, the experience of watching it transcends mere plot mechanics and character development and demands we experience this movie sensorially as much as intellectually. Through light, sound, color and shadow, Alchemy of the Spirit somehow activates our other senses – smell, touch, taste – to make this a wholly immersive experience. It’s a story that we feel, and with subject matter as weighty as this, it’s a perfect fit.