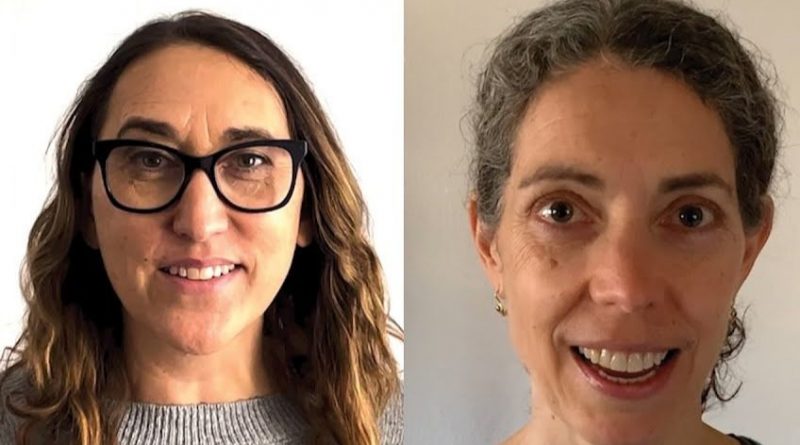 Martha Mitchell was an outspoken bouffant-coifed Southern belle who was married to Richard Nixon’s Attorney General of the United States, John Mitchell. In other words, she was a reporter’s dream. There was a period in Nixon’s first term when it was impossible to avoid her. She was a genuine celebrity, appearing on talk shows and in women’s magazines. And then came the “third-rate burglary” of the Democratic National Committee’s office in the Watergate building. Martha’s brash comments and willingness to criticize the President whose re-election campaign her husband was running took her from being an irritant to being a problem. Nixon’s team called the “plumbers” (they stopped “leaks”) started spreading rumors that Martha was unreliable, an alcoholic, even mentally ill.

On Netflix, a new documentary from directors Debra McClutchy and Anne Alvergue is called The Martha Mitchell Effect, named for a psychiatric term inspired by her story. It means someone whose comments are dismissed as mental illness but turned out to have been telling the truth. In an interview, the directors talked about doing research at the Nixon Library, what Martha liked about talking to the press, and why they see her as a hero.

Nell Minow: Is there really a psychiatric term named for Martha Mitchell?

Anne Alvergue: In the 80s, there was a Harvard psychologist, Brandon Meyer, who came up with this term based on what happened to Martha Mitchell. Essentially, it’s this idea that when a clinician doesn’t believe a patient or deems them deluded, when in fact their story is true.

NM: How did Martha Mitchell know immediately that the Watergate burglary was tied to the Oval Office?

AA: Well, it’s unclear, actually. She had inklings that something was amiss and that it probably had to do with Watergate. I think the largest hint she had was that they were containing her and weren’t letting her talk to the press. It is unclear how much she knew, if she knew about the plans before or not. In our research, we discovered that when they were all together, John Mitchell and his subordinates in Florida, they did discuss the Gemstone plan (a series of clandestine and illegal acts), and Martha was there. And we have some of the men talking about how Martha was distracting them. And so, we knew that Martha probably had heard about it then and then put two and two together once it actually happened and then threatened to talk to the press.

NM: Why did she like talking to the press? Did she feel that she was a whistleblower? Did she like the attention?

Debra McClutchy: Martha loved the attention. She was a flamboyant and stylish Southerner and she really, really loved the attention. And the press loved her. They cultivated a relationship with each other. She was this colorful character during an administration that was very dull. So, she stood out to the press. She thought the press were her friends in some way, too. She really relied on them to tell her story. And towards the end of the film, she felt like they were really protecting her.

I know that Helen Thomas and Winzola “Winnie” Poole McLendon really were allies but some people in the press were, I don’t want to say exploiting her, but we’re kind of making fun of her while they were talking to her.

AA: Yes, absolutely. I think they were using her, certainly. She was a good story. She would always come up with an amusing soundbite for them. And some of them didn’t take her so seriously. But I do believe that in the end, Helen Thomas really did believe her and really knew that she was being mistreated and knew she was speaking the truth.

NM: What’s your impression about their marriage?

DM: I think they genuinely loved each other and had a pretty combustible marriage, perhaps. So, it was sort of electric in that sense. And I think Martha was very much a kept woman in some ways, taken care of, she was very traditional in that sense. John Mitchell was like a protector kind of figure. So, it was a very traditional relationship for that time. But I think they genuinely cared for each other very much. And so, it’s a tragic story the way that it ended, especially with John Mitchell just throwing her under the bus in public, on television with that comment he made towards the very end. But I think they did love each other.

AA: I would say it was a marriage of opposites. In terms of their personality, he was a very reserved, quiet, stern, serious man. And she was very flamboyant, very loud, very popular. I think he loved that about her — until he didn’t. Until she got in the way. And then she just became collateral damage in the whole affair.

NM: I was astonished by the archival footage you were able to find from an era when everything was not documented and preserved the way it is now.

DM: Anne and I did quite a bit of archival research. We took trips separately out to the Nixon Library which has an amazing collection. They have everything from the Super8 footage taken by Haldeman and Ehrlichman to news broadcasts to photographs, to newspaper headlines. So, that was a treasure trove of material that we were able to access through them. Ryan Pettigrew was a great support up there; he’s an archivist at the Nixon Library. He was wonderful. And then we got things from Library of Congress. We found an interview of Martha in Boston. We found something through a journalist who had an old interview in his attic that hadn’t been seen since it first aired. So, there were little gems and treasures that we were finding throughout this process.

AA: She was incredibly popular. I think it’s really hard to fathom these days, the idea of actually knowing the name of a cabinet member’s wife, much less anything about her. She became a household name. She was as popular as Jackie Onassis at the time. She was on every major talk show. She was really a personality.

NM: How would you describe her legacy?

AA: Today I think she is a forgotten, certainly a hidden figure in Watergate. And hopefully with our documentary, with coverage of her, with a sort of re-examination of these people that were silenced during that scandal, her legacy will be different, that she will be remembered as someone who spoke truth to power and unfortunately was a casualty of it, was collateral damage. Not the tragedy of it but then there is that positive look of honor that she risked it all to speak out. And there aren’t many people that do that these days. So, we see her as a hero. I wish there were more people like her.

NM: Your film really shows the unabashed misogyny of the era. Nixon wanted women to be like Pat and like his daughters, and just wear Republican cloth coats and keep their mouths shut.

AA: Women like Martha were an affront to Nixon. They were curious and amusing if they were speaking about shallow topics. But when it actually rubs up against their power then it became a different story.

NM: Well, cheers for all loud women. And thanks for making such a fine film.