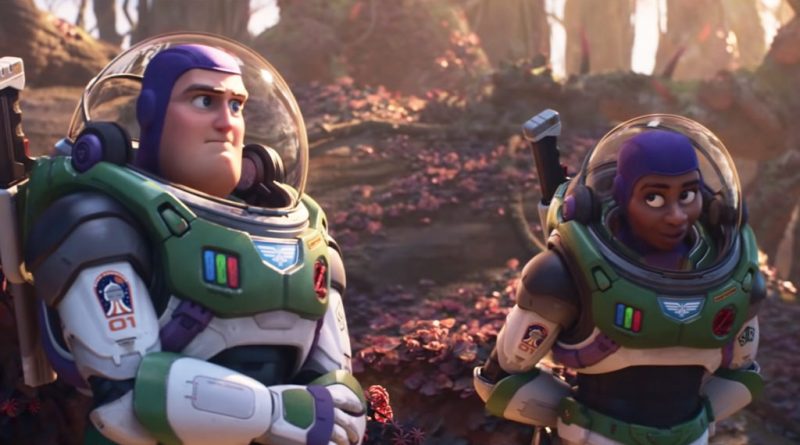 A bigger problem seems to be confusion as to exactly how this animated movie relates to the iconic Toy Story franchise and, specifically, the Buzz Lightyear character, voiced by Tim Allen.

Buzz is a daredevil pilot with a disdain for authority. During a remote mission, his large Enterprise-like spaceship is marooned on faraway planet ‘T’Kani Prime. As Buzz makes test flights, utilizing advanced technology, there’s a time gap, each trip catapulting him four years into the future.

Since Buzz has become a “man out of time,” members of his crew are aging, having kids and, eventually, dying – while he’s still trying to achieve ‘hyperspeed’ to get them safely home.

Buzz’s closest colleague is Commander Aisha Hawthorne (Uzo Aduba), who winds up marrying a woman. It’s their brief display of affection at their 40th anniversary party that aroused all the controversy.

Working from Jason Headley’s script, director Angus MacLane emphasizes that it’s OK to make mistakes as long as you learn from them.

On the Granger Gauge of 1 to 10, Lightyear is a spin-off 6 – in theaters now but should transition to Disney+ streaming soon.