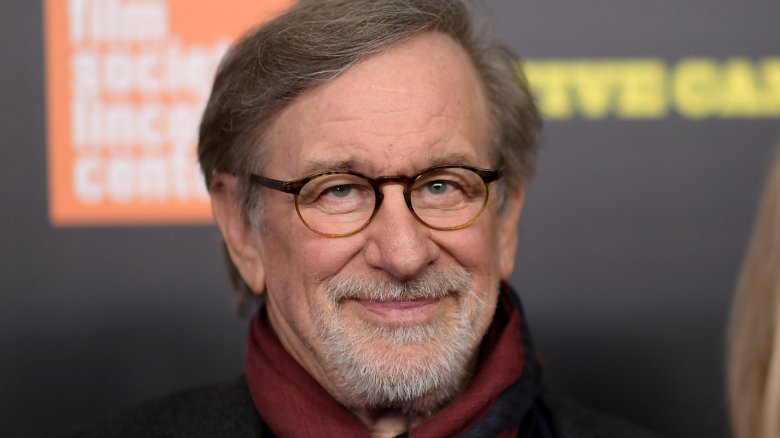 Friedman organizes his six chapters thematically rather than discussing the films chronologically. This structure promotes an effective way to engage with ideas across Spielberg’s career, an especially advantageous organization given Spielberg’s sequence of quite different issues and genres; for example, Hook (1991) followed by Schindler’s List (1993), Saving Private Ryan (1998) followed by A.I.: Artificial Intelligence (2001), and Munich (2005) just before Indiana Jones and the Kingdom of the Crystal Skull (2008). The book’s chapters, in order, are: The Fantasy and Science Fiction Films, The Action/Adventure Melodramas, The Monster Movies, The War Films, The Social Problem/Ethnic Minority Films, and Imagining the Holocaust. The chapter or chapters that generate the most absorbing inquiry will depend on the reader’s preferred genre, but each offers a discerning interrogation.

In an explanatory introduction, Friedman explains the catalyst for a second edition to his 2006 book came from Spielberg’s directing ten films in the fifteen years since the first edition’s publication. In this expanded second edition and most helpful for tracing Spielberg’s issues and interests, Friedman identifies filmic themes, strengths, and weaknesses appearing throughout Spielberg’s career and then revisits those topics within his analysis of individual films. That is to say, Friedman focuses on examining the central plots and character traits of each work but also accords significant attention to the recurring tropes. Of critical consequence, for example, is “Spielberg’s theme of parental loss and reconstruction of ruptured families” (Preface xii), a subject of substantial importance for Spielberg across genres and decades.

In that regard, Friedman also traces Spielberg’s personal and professional “serious reservations about the evolution of technological innovation” (xiv) ironically warning “about the dangers of technology that he could make realistic only by using the most advanced technology possible” (xiv), i.e., Jurassic Park. As Friedman shows, Spielberg’s mistrust and warnings recur from Empire of the Sun to A.I., from Minority Report to Ready Player One. This longitudinal consideration and awareness enhance our engagement with both individual works and long-term concerns.

A less than commendable portrayal involves Spielberg’s repeated grappling with “fashioning complex female figures” (xx), a difficulty to which he apparently has not found a solution. Friedman weaves this thread, this failing, throughout his analysis. For example, on Jaws (1975) he observes that Spielberg’s films contain “scant instances of mature relationships between men and women, instead focusing on how men relate to each other rather than on how men and how women interact” (159). A decade later in Spielberg’s work, not much has changed. In The Color Purple (1985), for example, “Spielberg makes two significant alterations to Walker’s novel that overtly demonstrate his persistent psychological drives” (258). Referring to Shug’s minister father, Friedman notes Shug’s “desperate need to gain his approval reinforces the practice and power of patriarchal privilege that the book seeks to expose and undermine” (258) and further undermines her “rebellious exuberance” (258) and later “merges religious obedience and patriarchal submission into a single moment” (262), providing substantive “ammunition for those who label Spielberg a reactionary filmmaker” (262). Significantly, Friedman does note exceptions to the usual, limited representation of women with, for example, Jurassic Park’s (1993) Ellie Sattler, “a powerful and aggressive heroine, a distinct advancement over most female figures in horror movies and within Spielberg’s other productions” (138).

Nevertheless, Spielberg’s female characters most often lack positive attributes or major roles even in his twenty-first century works: War Horse (2011), Lincoln (2012), Bridge of Spies (2015), and Ready Player One (2018). Only The Post (2017) escapes this pattern with Washington Post owner Katharine Graham (Meryl Streep) making the courageous decision to publish the Pentagon Papers. While editor Ben Bradlee (Tom Hanks) shares the spotlight, gender segregation and her outsider status do define Graham’s identity within the corporate world, a point Spielberg makes narratively and cinematically through compositions and lighting. It is also important to note here that Friedman regularly calls attention to and meticulously describes the technical elements that contribute to Spielberg’s cinematic achievements.

Heightening this technical expertise, regarding Spielberg’s “thematic obsessions,” Friedman acknowledges, his “proficiency at finding unique ways to express them, and mastery of engaging audiences in them” (262). One way he accomplishes this, as Friedman points out in his chapter on “Social Problem/Ethnic Minority Films,” is to draw “attention to societal problems without advocating sweeping transformations that might radically destabilize the ideological core of American cultural beliefs or threaten its political configuration” (244). One way he accomplishes this, as he shows in Jaws, is for “Quint, Brody, and Hooper [to] overcome their seemingly insurmountable differences to forge an alliance and defeat a common enemy that threatens their civilization—and their very lives. Such a conclusion offers some momentary solace and resolution, although it does little to dispel the persistent fear that lethal threats will periodically reoccur” (171). Spielberg thereby both reassures and warns us to become a constructive community, always aware that “one can never be protected from natural and manmade disaster anywhere or at any time” (171). In other words, Spielberg enlists our emotions, jangles our nerves, with unsettling events, often relieving our tension in satisfying ways without offering Pollyanna solutions. His combination of ideas, action and emotion is complex and complicated.

Along these lines of critical inquiry, in his analysis of Munich (2005), Friedman defends Spielberg’s characteristic, effective appeal to emotions thus, “Let me clarify . . . I am just making an oft-ignored point: appealing to emotions, as Spielberg does better than most directors, should not be reflexively condemned as dumbing down complex issues or turning serious problems into histrionic melodramas” (286), arguing that emotional appeals may “establish a pathway to understanding and moral consideration of problems that strictly analytical or intellectual approaches might fail to provide” (286), noting the connection cognitive science suggests “between emotions and ethical action” (286).

Indeed, throughout the analysis of Spielberg’s impressively diverse subjects and genres, Friedman finds all Spielberg’s typical elements, “family, home, sex and violence, and the happy ending” (287) yield significant, thought-provoking experiences, even though “largely devoid of sex . . . [they do] often incorporate violence, ranging from cartoonish fighting to realistic brutality” (291). Perceptively evaluating these topics in full, Friedman notes the one outlier happy ending, that of War of the Worlds (2005). He explains his inclusion of War of the Worlds in Chapter 3, The Monster Movies, thus: “I decided the film’s narrative arc, dark tone, and pernicious creatures fit more comfortably among the director’s killer sharks and lethal dinosaurs” than in his science fiction section. Further discussing War of the Worlds (2005), he notes, “In earlier films a reasonably joyful conclusion feels dramatically warranted and emotionally satisfying . . . In other films, however, the director’s overriding need to conclude on a happy note feels like a flimsy veneer crudely plastered over traumas too complex to resolve so neatly” (147). Friedman’s nuanced analysis invites in-depth consideration of the distinctive nature of Spielberg, avoiding too generalized or too simplistic a reading.

Another particularly fruitful inquiry revolves around Friedman’s assertion that Spielberg consistently allows “for an ironic distance from events as they unfold,” proposing “counter-narratives to those recognized and espoused” by the characters (xix). To an important extent, Spielberg’s inclusion of such techniques counters, or at least qualifies, criticism of his stories as entirely traditional endorsements of straight-ahead storytelling without exceptional subtleties. Friedman makes a strong case for this, implicitly suggesting, thereby, that many viewers have read the films both too superficially and casually, failing to discern a more subtle, refined intelligence behind the, in some cases, deceptively conventional facades. In Chapter 5, “The Social Problem/Ethnic Minority Films,” for example, regarding Amistad, he notes, “Spielberg’s films about social problems/ethic issues rest on a foundation of careful optimism; he understands that America is an exemplary, but unfinished, work in progress” (269).

Thus, while, as Friedman writes about The Post, “protagonists frequently encounter circumstances beyond their control that compel them to operate far outside their comfort zones, to battle implacable foes, and to prevail against seemingly insurmountable obstacles” (307). It follows, therefore, that the fight is all, even though the ideological wars are far from over. His protagonists may, and do, succeed by striving, not by achieving total victory. This is a more complex interpretation of these narratives than those who disparage Spielberg’s works acknowledge, and it is an important corrective.

In pursuing these and other issues, Friedman adopts an engaging first-person commentary of his own, not hesitating to praise or critique Spielberg’s presentations but always methodically scrutinizing them. Above all, throughout his 339 pages Friedman helps us look more closely at Spielberg’s ideological strengths and weaknesses. For me, the most rewarding of this expansive inquiry is the discussion of The Color Purple and Amistad, chapter 5, but this results from my first person perspective, my abiding interest in political films. However, every chapter here reveals facets of Spielberg’s output that prompts me to reexamine my reactions and thoughts on each film. I am compelled by this astute study to reconsider Spielberg and to appreciate his films with a greater understanding, and what a body of work there is for us to consider. Spielberg moved from his 1971 Duel and 1974 The Sugarland Express through Jaws, E.T., The Color Purple, and Empire of the Sun to Schindler’s List, Amistad, Saving Private Ryan and Indiana Jones and the Kingdom of the Crystal Skull, Lincoln, The Post, and West Side Story (2021). I can’t begin to summarize the breadth and depth of Friedman’s impressive consideration of all these films. My hope with this review is that I have provided a useful overview of a much more thorough analysis than I could summarize here. Finally, as with the best academic books, “Friedman’s Works Cited” section (pages 351 to 367) adds a wealth of references for those eager to pursue further analyses, and Citizen Spielberg certainly encourages that. In addition, the Index is most helpful for tracking down themes, awards, and film titles. Finally, I felt my time reconsidering Spielberg’s films was enlightening because of Friedman’s perceptive, inviting analysis.