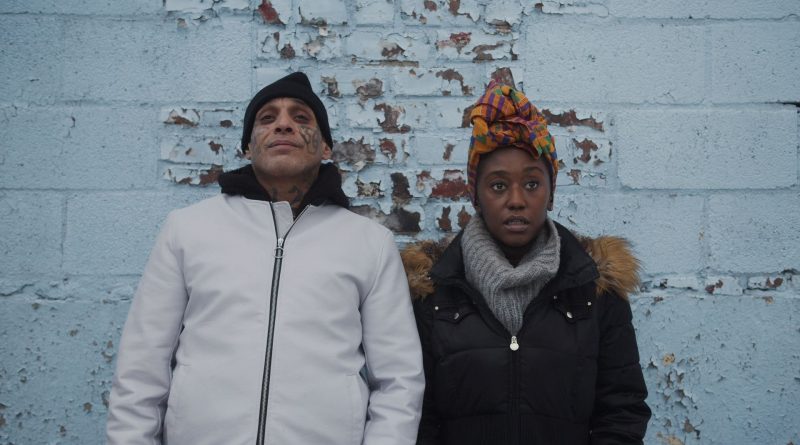 Queen of Glory is a story about straddling cultures and finding your identity, something main character Sarah confronts at the same time she grapples with major life changes. Writer, director, co-producer and star Nana Mensah has crafted a very personal tale with some real life-inspired aspects of the New York ex-pat and first-generation Ghanaian community. The film premiered to strong reviews at the Tribeca Film Festival in 2021.

The heart of the movie, Mensah is in virtually every scene and is followed closely by cinematographer Cybel Martin’s camera, which often dwells on her stunning face in center frame. Mensah’s expressions and her tone of voice are deceptively passive for long sections of the film, making the moments when she loses her temper or breaks down and cries even more impactful. As her life and look evolve over the course of the film, these lingering close-ups serve almost as forced insights or snapshots into her changing emotional state.

Sarah is an accomplished doctoral student and TA at Columbia University about to leave town with her married lover to join him as he starts a new position in Ohio, when she gets a call that her mother has passed away. Thus begins her journey back to her origins, which appear far from her current reality but are actually just up the subway tracks from Manhattan, in the Bronx. That emotional distance – despite the physical proximity – is telling.

Sarah goes through the motions of participating in the Ghanaian traditions of her relatives, but she seems removed – a point that footage of scenes from African customs hits home. She wears straight hair weaves rather than the colorful head wraps of the many “aunties” she visits in the Bronx-based Tracey Towers (known as “Little Ghana” – not mentioned in the film, but viewers might be prompted to discover this via Google after the camera closes in conspicuously on the towers’ sign).

When her estranged father shows up from Accra, it takes her a beat to accept his commands and entitled behavior. Meanwhile, her mom has left her Bronx home and Christian bookshop to Sarah. The store’s sole employee (played by Euphoria‘s Meeko Gattuso) is a tough-looking Latino who goes by “Pitt,” has a face and neck covered in tattoos and sells baked goods laced with weed. He’s a decent man, and he’s indebted to Sarah’s mom for taking him in and giving him a new life after a stint in prison.

Sarah keeps repeating to people, like her Russian neighbors, that she’s moving to Ohio, but they don’t seem to understand or care, underscoring or perhaps foreshadowing the plan’s unlikeliness. Sarah marches forward as if her background and past could stay just there – in the background and past. Of course, they won’t, and the death of one parent, the reemergence of the other and her return to her roots make it so.

As she comes to terms with the grief of her mother’s death and perhaps also of giving up one life vision for another, she changes. Mensah embodies this subtly in a softening attitude and shifting physical appearance, shown most memorably in a scene where she removes her hair weaves and lets her natural curls out before her mother’s traditional wake.

Though Mensah has written a tale that feels quite universal, her film is very specifically Ghanaian-American and documents life in the Bronx in a natural yet cinematic way. That setting and identity are also brought to life in the music, particularly the rhythmic drumming carried over between scenes, as well as in a plethora of small story and character details. “You get to define you,” Pitt wisely advises Sarah, and it’s clear that’s no easy task with such an intricately blended identity.