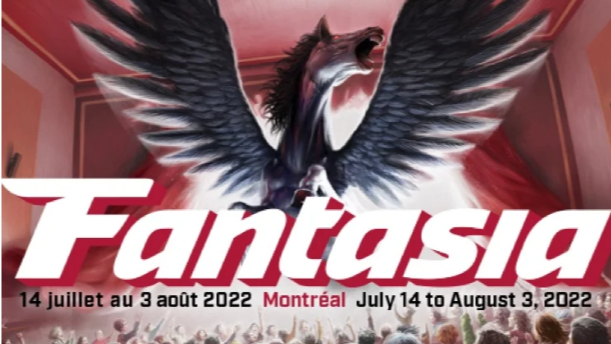 Montreal’s Fantasia International Film Festival – one of the world’s biggest and most highly genre films festivals – returns in 2022 from 14 July to 3 August with its usual impressive line-up of world, national and regional premieres, as well as hosting a diverse array of international and local guests and signature special events. Of these latter, the unquestionable highlight of this year’s Fantasia is the awarding of the Canadian Trailblazer Award to pioneering filmmaker, author, critic, historian and curator, Kier-La Janisse. Hosting the launch of the highly anticipated ten-year anniversary second edition of Janisse’s much-copied but never equalled book House of Psychotic Women: An Autobiographical Topography of Female Neurosis in Horror and Exploitation Film, a series of screenings and events with Janisse herself present will are fest essentials, including her introducing a series of films and participating in a book launch event hosted by the Supporting Characters podcast’s Bill Akerman. Here and elsewhere, Janisse’s extraordinary career and myriad accomplishments will be rightly celebrated in full, hinging around the launch of the latest edition of House of Psychotic Women but also acknowledging her broad and influential past work, which includes everything from directing the multi-award winning 2021 documentary Woodlands Dark and Days Bewitched: A History of Folk Horror to founding the Miskatonic Institute of Horror Studies, which today has branches in London, New York and Los Angeles.

Elsewhere, the work of women behind and in front of the camera continues to be a focus of the festival. The opening night film, Polaris, is a dystopian science fiction film directed by KC Carthew single-handedly demonstrates Fantasia’s commitment to signal boosting the work of women filmmakers, a Yukon-set post-apocalyptic eco-action fantasy starring Viva Lee. Also receiving widespread attention is the world premiere of Rebekah McKendry’s Glorious with Ryan Kwanten and J.K. Simmons, a delirious Lovecraftian tale almost wholly set in a public bathroom. Other highlights include Avalon Fast’s internationally acclaimed Honeycomb, Tara Thorne’s queer rape-revenge tale Compulsus, Halina Reijn’s Bodies Bodies Bodies, starring Maria Bakalova and Pete Davidson, Mali Elfman’s sci-fi comedy Next Exit, and Lena Dunham’s Sharp Stick. After rocking IFFR in Rotterdam earlier this year with an exhaustive retrospective of her work, the fiercely original American filmmaker Amanda Kramer returns to Fantasia with not one but two new features – her love-letter to ‘80s variety television, Give Me Pity!, and Please Baby Please, the latter starring Amanda Riseborough and Demi Moore.

As is now a trademark of the festival, Fantasia has an impressively global scope, scouring the world for frequently oddball genre fare, and again women filmmakers are not left behind. Francisca Alegria’s Chilean feature The Cow Who Sang a Song Into the Future promises to be a highlight on this front, as does Véronique Jadin’s Belgian horror-comedy Employee of the Month, Emma Kawawada’s My Small Land, Carlota Pereda’s Piggy from Spain, Michelle Garza Cervera’s Huesera from Mexico, and Natalia Sinelnikova’s German/Romanian co-production, We Might As Well Be Dead. A documentary highlight is Rita Baghdadi’s Sirens which focuses on the first Middle Eastern all-girl metal band, Slave to Sirens, using the subcultural focus and the experience of the band’s members to map broader aspects of social, cultural and political life in the region. Co-directed by Kat Ellinger and Dima Ballin, a very different documentary but one with a similarly rich vision of art and how it pertains to the world more broadly is Orchestrator of Storms: The Fantastique World of Jean Rollin, a celebration and exploration of the late French auteur’s fascinating career.

Other collaborations with women and men co-directing can be found across the festival’s program, with stand-out must-see films including Sissy by Hannah Barlow and Kane Senes, Deadstream by Vanessa and Joseph Winter, and The Schmidt Family – Ann-Marie and Brian Schmidt – return with their latest, an eco-action thriller family adventure called Island of Lost Girls. Of particular interest is the much-anticipated return of Kristina Buoyte and Bruno Samper with their science fiction thriller Vesper, a must-see film for anyone still rocked by their extraordinary 2012 erotic science fiction fantasy, Vanishing Waves. While just scratching the surface of the women directed or co-directed offerings at Fantasia this year – which are not just feature films, of course, but also documentaries and shorts – it is clear there is ample work being done to amplify the presence of women’s work in the genre world.