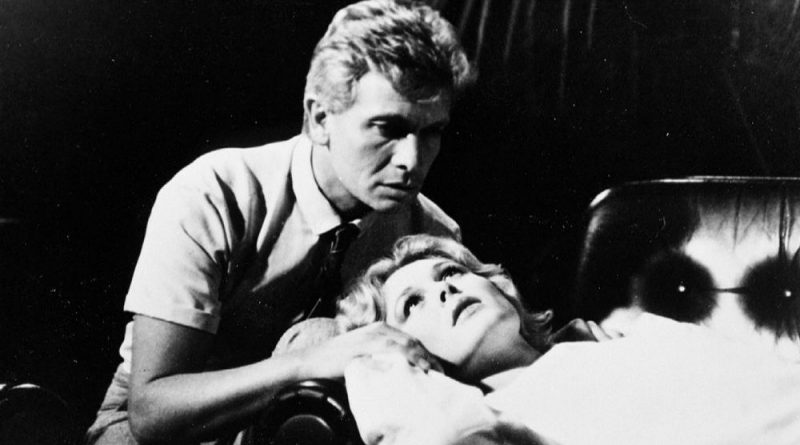 Izabela (Katarzyna Walter) is a beautiful young woman with a flair for esoteric pottery, drinking human blood, and caring for her overbearing aunt who runs a quirky little antique store in a small Polish town. It is in the latter that Izabela first meets Professor Rudolf Jung (Marek Barbasiewicz), a man at the top of his game in the field of psychiatry who is travelling through on his way to open up a large care facility in a beautiful yet isolated old gothic mansion. When learning of his mission, Izabela follows him there – desperate for his help, she tells him she is a vampire and is responsible for a string of murders that have plagued the region and needs his help to curb her thus-far unquenchable, morbid desires. Assuming she is delusional, the Professor agrees to assist her, but their journey together takes a direction perhaps neither patient nor doctor may have expected.

Released in 1986 by Polish actor and director Grzegorz Warchol, that I Like Bats has, until now, gone broadly unchampioned is a jaw-dropping oversight; this is your new favourite cult film classic, just waiting to be discovered. Sleek, sexy and riddled with dark humor, this electrifying vampire tale has more energy and sparkle than most contemporary horror films could ever dream of. Exhumed from the archive and now screening at the Fantasia International Film Festival, it is one of a series of films presented by Kier-La Janisse to help celebrate the much-anticipated release of the second edition of her groundbreaking book, House of Psychotic Women: An Autobiographical Topography of Female Neurosis in Horror and Exploitation Films.

Walter plays Izabela to perfection, a seemingly typical ice maiden vampire but whose vulnerability is somehow always tantalizingly present, rendering her a compelling and at times outright complex protagonist whose journey increasingly becomes one that is irresistible for us to follow. As the sceptical expert caught in his own scientific, Barbasiewicz is the perfect counterpoint as Rudolf, the banter between the two largely propelling the indefinable dynamic energy of I Like Bats that keeps us in on the joke until its very last moments, without ever feeling smug or condescending. A dark little treasure just waiting for cult film beatification, I Like Bats is the best ‘80s vampire film you’ve never seen.