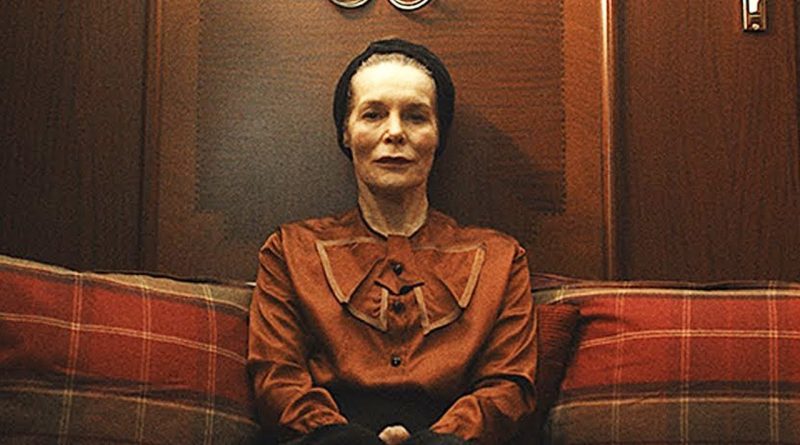 Released through the genre-heavy distributor IFC Midnight, Charlotte Colbert’s debut feature She Will isn’t a horror film per se—it’s more of a psychological thriller—although it certainly comes with horror bona fides. After viewing the film at Locarno, where it was awarded the Golden Leopard for Best First Feature, the Italian horror maestro himself, Dario Argento, agreed to executive produce She Will for its wide release. Now the film boasts his literal stamp of approval, with “Dario Argento Presents” displayed during the opening credits, in the Italian filmmaker’s characteristic font.

It makes perfect sense that Argento would want to support Colbert’s film, which harkens back to the famous Three Mothers trilogy with its stylish exploration of trauma and witchcraft. And yet She Will also slyly works against the type of horror championed by Argento, in that it is a pointedly feminist work with a talented woman director at the helm. Whereas Argento was notorious for using his own gloved hands to “murder” actresses onscreen, Colbert works to remedy the harm done by domineering, chauvinist directors who committed transgressions far greater than Argento and his infamous hands. At a time when the “Me Too” movement is starting to lose steam in the public eye, Colbert presents us with a story about how past violence against women can hold strong and continue to torment us for decades—even centuries—into the present.

The striking actress Alice Krige plays the lead character Veronica Ghent, a former movie star who was abused at a very young age by her director, Eric Hathbourne (played with terrifying bravado by Malcolm McDowell). Hoping to recover peacefully from a double mastectomy, Ghent travels to rural Scotland with a private nurse, Desi (played by the impressive newcomer Kota Eberhardt). Ghent starts off as a cold, harsh diva, bossing Desi around and throwing a fit when they discover other patients at the Scottish retreat (among them is Rupert Everett in an especially flamboyant turn as Tirador, a pushy painting instructor, and Apple Yang as Azumi, a silent interpretive dancer). Once they relocate to a private cabin on the edge of a creepy forest, Veronica Ghent and Desi develop a moving friendship, bonding over their discrete rocky pasts.

As it turns out, the peat-heavy Scottish landscape at the retreat is good for more than just a cleansing mud mask, as the earth in the forest is “enriched” with the ashes of centuries-old burned witches. Veronica begins to have vivid dreams that combine images of witches at the stake with her younger self, running from her abusive director. Pulled gracefully to her bedroom window as if by an invisible string, Veronica is drawn to the forest at night, tracking thick mud back into the cabin each morning. These nocturnal adventures seem to have a positive effect on her health, with a magical twist: Veronica is now able to punish her abuser from afar, to a pleasingly horrific effect.

If any criticism can be made about She Will, it is that it’s overrun with themes—of persecution against 18th-century witches, of child abuse and sexual assault, of Hollywood and the Me Too movement, of femininity and aging—the list goes on. However, the film’s many montages, which visually layer said themes, are too impressive to discount.

Though a first-time feature filmmaker, Charlotte Colbert is already an established visual artist, and She Will is a sure-footed exercise in style under her direction. Each montage is meticulously arranged, down to the incredibly detailed sound design replete with eerie whispers. The soundtrack by Clint Mansell is appropriately witchy, with a full choir singing what sounds like feminine incantations. And the cinematography, by Jamie Ramsay, is both slick and gloomy, with drone footage, steadicam work, beautiful wide shots and jewel-toned colors.

When it comes to style, Colbert doesn’t miss a beat. The substance is also there, with a lot of help from Krige and Eberhardt’s nuanced performances, although the storytelling is a bit fragmented. Overall the film is quite compelling and stunning to look at, positioning Colbert as a promising new filmmaker.