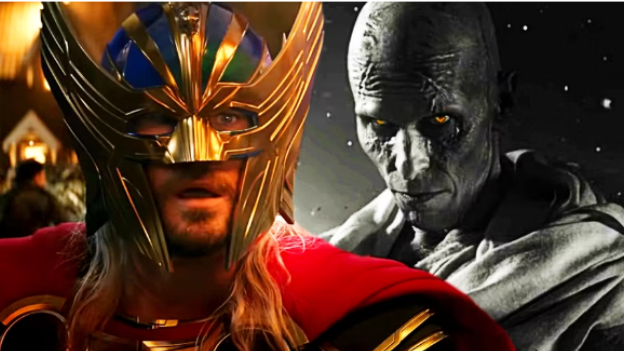 Thor: Love and Thunder is bringing the hammer down at the box-office. The second God of Thunder movie directed by Taika Waititi adds to the franchise which has grown with each subsequent film. Waititi is widely credited with rejuvenating the series, infusing it with irreverent humor and larger-than-life heavy-metal aesthetics.

But now the once-pious Gorr The God Butcher (Christian Bale) has gone on a villainous rampage. Feeling betrayed by the deity he worshipped, disillusioned Gorr wields the Necrosword, vowing to kill every divine being in the universe.

On the Granger Gauge of 1 to 10, “Thor: Love and Thunder” is an action-packed, silly-scary 6 with two-post credits scenes. This is the 29th film in the Marvel Cinematic Universe, playing only in theaters.