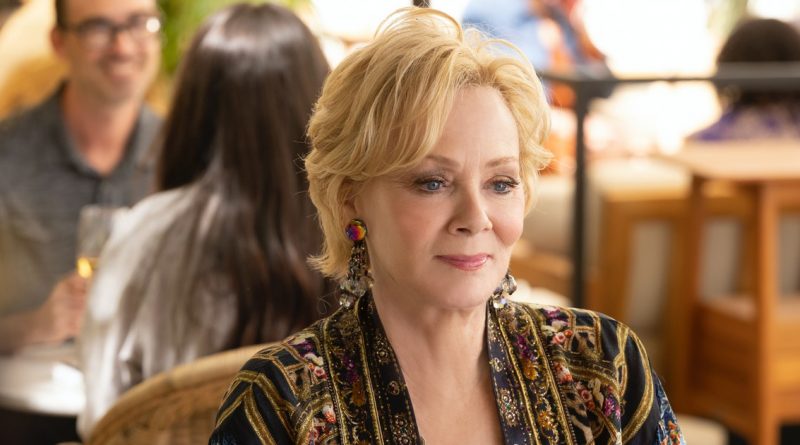 With 32 nominations and 3 Emmys, the second season of Hacks fulfills its promise as a comic examination of female friendship.

The series picks up where it left off – as stand-up comedy legend Deborah Vance (Jean Smart) recovers from bombing in her final Las Vegas performance, losing her long-time residency at the glitzy Palmetto Casino.

“It’s not my town anymore,” she sadly admits, acknowledging the rapidly-shifting entertainment landscape.

Ready to go on the road in Deborah’s new tour-bus, her Gen-Z comedy-writing protégé Ava Daniels (Hannah Einbinder) is terrified that her boss will discover that she drunkenly sent off an incriminating e-mail detailing her negative feelings about Deborah and revealing damaging details about her personal life. It’s a ticking time-bomb waiting to explode.

After conferring with Ava, Deborah’s new ‘back-to-basics’ act will focus on more confessional material – like when Deborah ‘lost’ the late-night talk show and her husband ran off with her sister – as they travel around the country, munching on fast-food snacks and stopping for yard sales/bargains at Lord ‘n’ Taylor before being upstaged at a State Fair by a pregnant cow and being abruptly ejected from a lesbian cruise.

Confidently created by Lucia Aniello, Paul W. Downs and Jen Statsky, who have become experts at pacing and timing, it’s now a solidified, consistently funny two-hander as acidic, imperious Deborah deepens the prickly dynamic, struggling not only to survive but also to mentor snide, self-destructive Ava.

On the Granger Gauge of 1 to 10, Hacks is an often hilarious, insightful 8, streaming on HBO Max and already renewed for a third season.