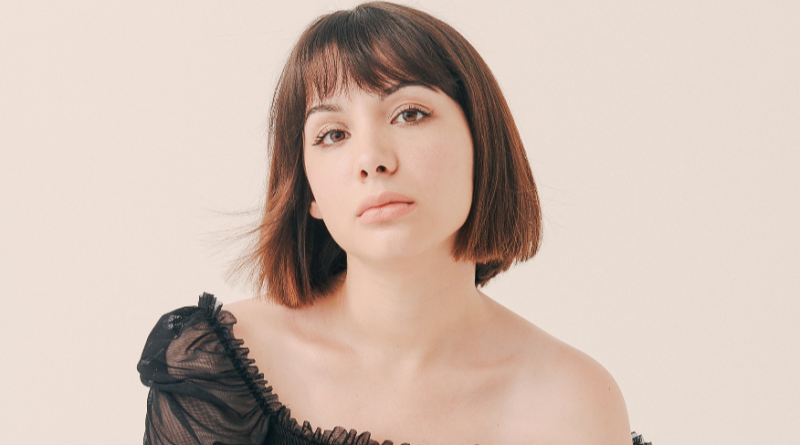 It is too late to call Hannah Marks a “promising” young director. She has more than delivered on the promise and quality of her first two films, After Everything and Banana Split with Don’t Make Me Go, starring Mia Isaac and John Cho as a teenage daughter and father on a car trip. Marks again demonstrates her exceptional skill in working with actors and in cinematic storytelling. In an interview, she talked about making New Zealand stand in for Southwestern USA, why road trip stories are an enduring theme, and telling a story about characters who are not talking to each other about what concerns them most.

Nell Minow: How did you end up filming in New Zealand?

Hannah Marks: John Cho was actually living there at the time, and he had already been cast as Max, and we were all pretty dead set on him staying in the role. And at the time Amazon was set up in New Zealand already. They had some infrastructure built for “Lord of the Rings” that was filming over there and there were zero cases of COVID, so it was extremely safe to be filming there. So, all of those elements aligned to. film an American summer road trip movie in New Zealand winter.

NM: But the New Zealand topography is a lot different, which is why they shoot “Lord of the Rings” there. How did you find locations that looked so American?

HM: It was incredibly challenging. There was a lot of intense location scouting but also a lot of preparedness in our shot list and choosing our angles because a lot of our locations that could pass for America only could pass for America in one direction. So, just knowing the blocking ahead of time and what we wanted to do with the camera was completely crucial. And thankfully we had a great local cast and crew who were incredibly collaborative on this very challenging endeavor.

NM: Was there a difference in working with a New Zealand crew?

HM: I loved our crew. They were terrific. And there were some differences. For example, they do ten-hour days there as opposed to 12-hour days that we do in America. Although now that’s changing with COVID, people are switching to ten-hour days and following New Zealand’s way here. But also, what was really beautiful is we would bless the land before we would film on it and pay tribute to the Maori culture and people that came before us. So, that was something I hadn’t experienced before and I thought was really unique and beautiful.

NM: One of my favorite genres is the road movie and I think possibly the most popular storytelling going back to The Odyssey. So, tell me a little bit as a director what that opens up to you.

HM: Because we were shooting in New Zealand and not an authentic American setting, what became more important to me was the father-daughter relationship at the center of it. And in a way that’s a blessing because that always should be the top priority — the characters and their relationship. But that really emerged out of necessity as well just because we weren’t in America and we weren’t actually on a road trip. And what I loved about the road trip itself, in terms of their characters, was that it was forcing these two people together that really needed to communicate and be honest with each other. And they probably wouldn’t have been able to talk about a lot of the things that they need to if they weren’t trapped together in a car.

NM: As you just said, there are a lot of things they don’t say to each other. What is appealing about people who are not talking to each other?

HM: I think you inherently feel more conflict when there are stakes. And it’s always interesting when there’s a secret kept from a character that the audience is privy to. So, I really like that. Also, the actor in me loves that type of storytelling because that’s the juiciest work to do as an actor. When you’re concealing something, you’re hiding something or you’re not speaking. And I think that’s something that both John Cho and Mia Isaac really thrive at. They are really, really good listeners as actors, and there’s a lot going on behind the eyes, even when they aren’t speaking. So, I enjoy watching that from an acting perspective.

NM: We’re going to work extremely hard not to have any spoilers. So, I’m just dancing around a little bit. But your movie begins with a little bit of misdirection, What is it that you want the audience to think at the beginning?

HM: While it does open with a warning and a foreshadowing, I like that you can get really swept up in the movie and what’s happening in the movie in the present without knowing what will happen at the end. It does force you to stay in the present by opening on the nude beach scene, because right after she gives that warning you’re swept up in what she’s dealing with. And it speaks to the themes of the movie, which is really about being present and appreciating the moment.

NM: One thing that I like very much is that you had two non-white central characters but it wasn’t about race, just two people dealing with universal issues of family and growing up and loss and health.

HM: The characters were white in the script that I first got but there was no reason that they had to be white. And I was a big John Cho fan, and he just felt so perfect for the role that it was like, why not? Let’s cast the best person for the part. And that led us to Mia. We had a great time collaborating on some script changes in order to have it better suit their race.

NM: How did your experience as an actor affect the way that you direct? What did you learn as an actor that informs your directing?

HM: It definitely changes my style as a director because as you probably noticed, there are a lot of close-ups. I personally love that because I love to see all the thoughts going on, on their faces. And as an actor, I care about other actors so much and so I want to see the absolute most of them. And then in the edit that allows me to play with their rhythm and their timing and be able to tweak the performances. My acting background really informs my style as a director and what I’m drawn to. But I really think that directing actually makes me a better actor more so than anything else because I realized from directing how important it is for the actors to trust the director and vice versa. And so, now when I’m acting I show complete trust and openness to collaboration instead of making anything about just me because it’s much larger than any one of us.

NM: When people see the end of the movie what do you want them to say to each other? What would you like them to talk about?