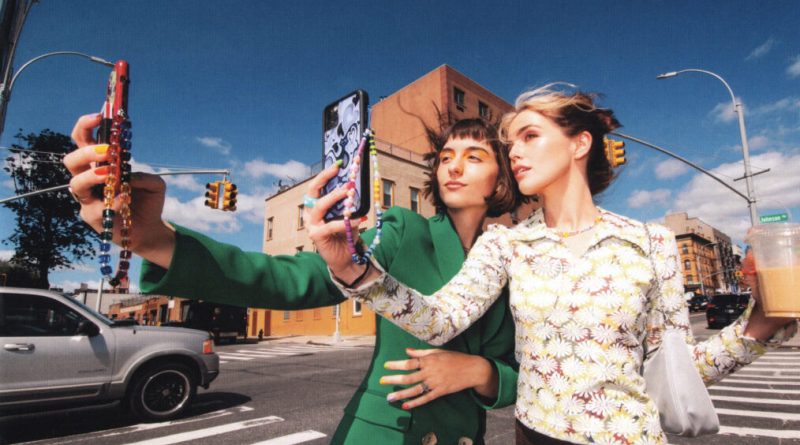 You undoubtedly know “Karen,” the prototypical, self-entitled center of her own universe.

Danni Saunders, the feckless focus of the more-than-OK social satire Not Okay, could be her daughter. The coddled offspring of too-indulgent parents, Danni (Zoey Deutch, an arresting mixture of off-putting awfulness and aching yearning) wants desperately to matter.

We first encounter her following a tongue-in-cheek — but all-too-accurate — content warning promising “an unlikable female protagonist.” Danni’s on social media, as always, spouting off. “Have you ever wanted to be noticed so badly,” she texts, “you didn’t care what it was for?”

As the social media universe reacts to Danni with ever-escalating derision, the movie flashes back to explain how she became such a pariah. She’s stuck as a photo editor — a less-than-OK one — at an oh-so-hip New York magazine, Depravity. But, naturally, what she really wants to do is write. Not that she has anything to write about. Her first attempt, “Why Am I So Sad,” fails miserably to impress anyone — except with its tone-deaf cluelessness. “Can’t tone-deaf be, like, a brand?” Danni inquires of her dismissive boss (Negin Farsad). “Like Lena Dunham?” But her editor’s not Depravity’s only dismissive presence.

When two colleagues depart for “queer bowling night,” she envies their social bond. “I’ll probably just drink alone in my apartment until I black out,” she cheerfully reassures them. “You guys are so lucky, you have a community, you get to go bowling!”

And there there’s her office crush Colin (Dylan O’Brien), the perpetually stoned scenester surrounded by a permanent cloud of marijuana smoke. Because getting noticed requires genuine effort, Danni decides to fake it ’til she makes it, concocting a non-existent writers’ workshop in Paris she can chronicle online.

Even a series of terrorist attacks in Paris can’t derail Danni’s fantasy; she simply casts herself as the supposed survivor of a shocking tragedy, going viral with her touching #NOTOKAY posts. They’re not really Danni’s thoughts, of course, because
Danni doesn’t really have any thoughts. She just wants people to think she does. So she “borrows” the anguished impressions shared by members of a survivor support group — especially Rowan (fiery Mia Isaac), a high school shooting survivor who’s made an actual name for herself as a gun-control activist.

Anyone who’s seen Dear Evan Hansen (for your sake, I hope it’s the Tony-winning Broadway hit, not the flop screen version) knows what’s coming next — a reckoning once Danni’s castle of virtual dreams and schemes comes tumbling down.

But even when you know where Not Okay’s going, the journey remains engaging, thanks to writer-director Quinn Shephard’s sharp depiction of such hot topics as white privilege and online cancel culture. They’re often easy targets, and Shephard occasionally overshoots them, exaggerating the satire and, as a result, undercutting its impact. Ultimately, however, Not Okay manages to display some undeniable insight as it takes a deep dive into a world of deeply shallow people.