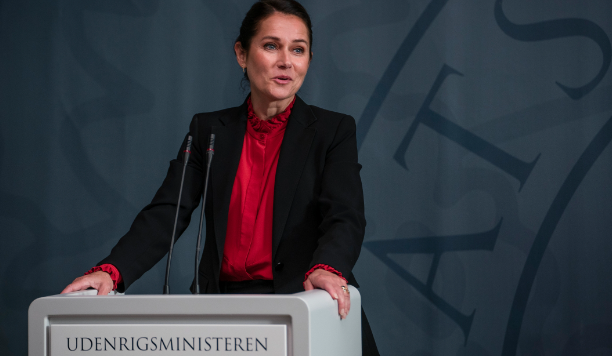 In the new Netflix revamp of Borgen, the Danish series about a female politician at the height of power, former Prime Minister Birgitte Nyborg is now the country’s Foreign Minister. At 53, her kids are grown and she’s single. With not a hint of guilt, she admits to a male colleague how much easier this lack of family responsibilities makes it to focus on a job she loves.

But things are never that clear-cut for women, and Nyborg is no exception. In that same conversation, she drunkenly tries to bond with her younger colleague about sacrificing family to a “workaholic” life. He reacts with a combination of disappointment and rejection, and she ends the night alone, vomiting into a wastebasket and nearly passing out on her office floor – only to rise, fists clenched in the air and a triumphant smile on her face.

The emotional and physical ramifications of being a high-achieving, middle-aged working woman are on full display in Borgen in all their glory and messiness. Similarly, in the Spanish series Intimacy, which premiered in the US June 10 on Netflix and quickly rose to the top spot worldwide among non-English series, 47-year-old mayoral candidate Malen Zubiri (Money Heist‘s Itziar Ituño) resists her party’s push to sideline her after a surreptitiously-recorded sex video is made public. Meanwhile, British actress Emma Thompson goes full-frontal at age 63 in Good Luck to You, Leo Grande, which premiered Stateside on Hulu on June 17. Why do these middle-aged and older female characters feel like such novelties? Women are said to make up a good percentage of streaming audiences, and a study last year by the Center for the Study of Women in Television and Film at San Diego State University found there were indeed more major female characters and creatives on streaming programs than on broadcast network programs.

But the study also found that the percentage of female characters declined steeply from their 30s into their 40s, and women over 60 were still dramatically underrepresented. A January report from the European Audiovisual Observatory concluded that 38% of lead roles in films in the region between 2016 and 2020 were for women.

Scandinavia has led Europe in pushing for gender parity in their film industry, so perhaps it should come as no surprise that a Danish series is showing us how it’s done.

In the new season of Borgen, which premiered in the US on June 2, Nyborg isn’t the only woman in power. She’s been replaced by a new female Prime Minister, yet she is still at the pinnacle of her successful career. This, even while she’s dealing with the disruptive onset of menopause, a topic rarely depicted on screen. What’s more, in Season 4, Nyborg finds herself crossing ethical boundaries and about-facing on previously held convictions in order to hold onto that power, admitting in one emotional exchange with her son that it’s all she has left.

Freedom from attachments and a hunger for “power and glory” (the season’s full title) come at a price. Played by the eminently believable Sidse Babett Knudsen, Nyborg admits that becoming Prime Minister cost her her marriage and family, but she says she’d do it all over again. She has been depicted as a loving and dedicated, if flawed, mother across all four seasons.

Contrast this with Olivia Colman’s character in Maggie Gyllenhaal’s Greece-set The Lost Daughter, which premiered on Netflix last December. That film tackled the subject of a middle-aged woman grappling with the guilt of having done the unthinkable – abandoning two young daughters in order to pursue her career. The sacrifices a woman might make for a demanding job, or perhaps the untapped potential of this topic in general, could be read into Borgen‘s Season 4 storyline about the promises and pitfalls of mining for oil in Greenland. Opening credits make the connection between the stunningly pristine territory, perennially pushing for full independence, and the season’s lead characters – particularly cold, isolated, independent-minded Nyborg, but also the other powerful women in leadership positions.

One who gets a lot of screen time is Katrine Fønsmark (Birgitte Hjort Sørensen), a journalist from earlier seasons now tapped to lead the state news channel. She ultimately collapses under the dual demands of work and home, but as she licks her wounds and sets up a home office in closing scenes, she also hints that she’ll put her knowledge and skills to work on a book.

Likewise, by the last episode, Nyborg has reset her moral compass and maneuvered a new political future (for Season 5, hopefully). Both storylines allow for some refreshing grey area for professional women on screen. Rather than the usual ‘all or nothing’ debate, exemplified in The Lost Daughter for example, these characters embody that, for most women, the reality lies somewhere in between.

A starker portrayal of a late middle-aged woman grappling with the regrets of a life not particularly well-lived comes in Good Luck to You, Leo Grande. Thompson has spoken in interviews about ‘self-acceptance’ as a theme both of her character and her performance. Yes, she bares all at more than double the age most actresses might be asked to do so, but her character is much more complex than this misplaced buzz might suggest.

Sexual gratification for senior women is unchartered yet apparently fertile narrative territory, judging by Netflix’s 80-somethings Grace and Frankie, who made and sold vibrators for older women in that US series. They take matters into their own hands, literally, paralleling how the pair take control of their lives following late-life divorces.

In French film I Love America, which began airing on Amazon Prime in April, eternally gorgeous Sophie Marceau, 56, plays Lisa, a woman who moves from Paris to Los Angeles to start a new life. Her daughters are grown and her mother, a professional singer with whom she had a distanced relationship, is close to death. Though the film itself is a disappointment, Lisa’s Tinder scrolling, blind dates (including one with a Danish nudist) and ultimate romance with a younger man provide a lot of fodder for some frank appraisal of mid-life dating and sexuality. The fact that Thompson’s character’s actual name in Leo Grande is Mrs. Robinson provides a little filmic humor, and Grande’s pseudonym is provocative. She admits she’s had offers from male peers but says she only desires a younger man’s body.

When was the last time you heard a 60-something woman say that on film?

If 60 is the new 50, then what’s 90? In the Spanish documentary 100 Days with Tata, a thirty-something man meticulously cares for his 95-year-old great-grandaunt. Theirs is a different kind of relationship from anything else seen in these other films and series. For starters, it’s real life. Tata’s advanced age raises all kinds of issues for the pair as they cohabitate during the pandemic, and he pushes her to reflect on her life. “Prime” might look different for every woman. Thompson’s character in Leo Grande, for example, says she yearns to feel young again, not so much to enjoy physical strength, but rather to relish that feeling of possibility, of having her whole life ahead of her rather than behind. Youth was wasted on her, she says, an expression that takes on new depth through her character. But closing scenes show her discovering that possibility, all on her own.

The European films and series mentioned here all end on a promising note of self-empowerment for their female characters. The message shared across these stories seems to be that there is plenty of life left to be explored and a realm of new experiences – physical, emotional, spiritual and professional – still to be had for women well into and even past middle age.

The market for their stories is wide open.