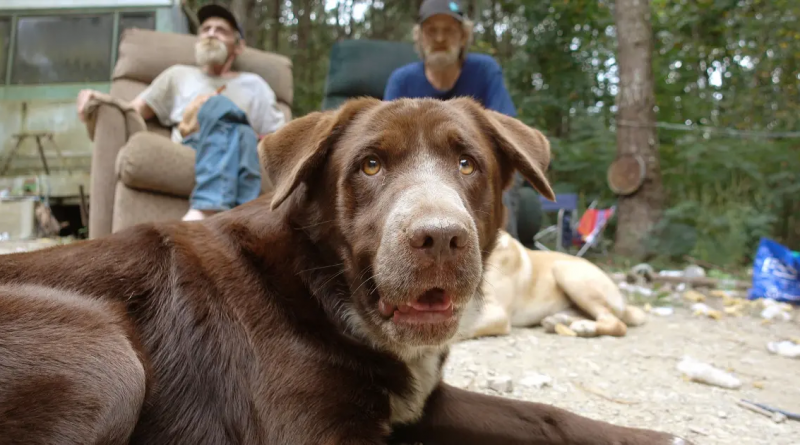 If you love furry creatures great and small, you will revel in the heart-warming documentary Free Puppies! Filmmakers Christina Thomas and Samantha Washman focus on how rural counties in Georgia-Alabama-Tennessee tristate area overflow with dogs, mostly because these Southern regions don’t have the cash, the laws and structure in place to protect these precious animals that often are often are over-bred to the point of endangering their health. The film’s title says it all, indicating that it’s a common occurrence the frequency with which people will put a litter of puppies in boxes and dole them out or abandon by the side of the road.

The first canine we meet on screen is Albert, a little white dog who was found on the side of the road in Arkansas. He lost the use of his back legs, and now valiantly scoots along with the help of a pair of wheels. We then witness how 51 dogs were saved from a kill shelter when they were flown to Rochester, where they were adopted.

As noted early in the doc, the pandemic caused a run on rescued animals when it came to adopting dogs, with celebs such as George Clooney and even President Joe Biden adopting and advocating for the adoption of furry companions.

But the standout human star of the film is volunteer Monda Wooten, a business woman also who owns a discount flooring enterprise in Trenton, Georgia, and who keeps a kennel of strays in the back of her store. Her mission is to spay and neuter dogs in order to keep the population down so the animals don’t have to be euthanized. She works with other volunteers, including Special Ed teacher Ruth Smith from Chattanooga Tennessee, and Ann Brown.

Luckily, getting the pooches fixed only costs $50, thanks to a non-profit animal clinic. I did appreciate the doc’s twangy and soothing music score as the directors set the mood for anyone who wants add a fur baby in their life.