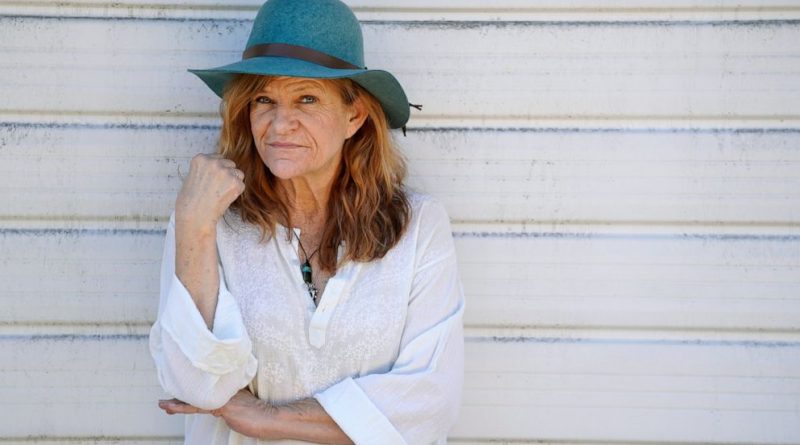 The scene-stealing supporting actress Dale Dickey finally lands in the limelight as the leading lady in the Sundance hit A Love Song, now hitting theaters. Dickey and her co-star Wes Studi play characters who experience the uncertainties of love in later life in story writer and director Max Walker-Silverman’s first feature, one of the most thought-provoking, evocative yet quietly sublime movies this year. Here, Dickey talks about the burden of carrying the film as its lead, about the pressures and pleasures of acting during the height of the pandemic and she delves into what her character, Faye, means to her.

Pamela Powell: A Love Song is a film that really resonated with me on so many levels. When you take on a role you have to be able to identify in some way with your character. Tell us a little bit about your role of Faye and what connected you to her.

Dale Dickey: I think initially it’s the simplicity of the story and the solitude and the quiet, wanting to explore how she got there and how she can find her way to move on. I definitely relate to the outdoors and nature. On a personal level, I’m an isolator. I could isolate if I’m depressed or grieving. I think most of us have experienced some kind of grief or loss with a loved one, a spouse or sibling or parent or God forbid, a child. People deal with it differently and I wanted to explore that, as difficult as it was, and also the possibility of what could happen if you put yourself out there. What is love without someone to share it with and you can find it within yourself? I wanted to play a strong woman that had been somewhere and was looking to find a way out.

PP: I’ve watched a lot of your career and this isn’t a typical role for you. Tell me what you loved most about playing this type of character compared to what you’ve been doing in the past and what challenges there were for you in breaking that mold.

DD: I have played a lot of very tough, fierce, a specific kind of blue collar people. I have a kind of a mean Appalachian face, I guess (laughs). Max actually wrote this role for me. I got a lovely letter from him and I just see the world of of Max Walker Silverman as a director and a person. He had this idea to put two middle-aged actors with weather-scarred faces in lead romantic roles. I thought that was pretty great at my age to actually finally get a lead role and I was I was excited and terrified and nervous because I’m so used to popping in and out. I’m more comfortable being in the background. So having my big old face in every shot was a little nerve wracking for me! Yeah, I was nervous and I didn’t know because I played so many hard character people that I wanted to find that stillness and that quiet and that solitude that Faye has found in in her routine of what her existence has become. That was a challenge to me physically to find that different space. I usually am spouting off a whole bunch of verbiage to people with a shotgun, running out of a trailer so this was nice to sort of sit and relax and to learn to just be. I wanted the challenge. I see so many wonderful actresses who just (pauses thoughtfully) just nothing except from their eyes. It’s so simple. It’s as if they’re doing nothing and I wanted the chance to try to find that quiet truth. Max was really helpful. It was a perfect role for me as it had challenges as an actress. I hope I did my job! I was I was really glad when it got embraced! I was, like oh, good! I didn’t screw his movie up yet so that’s a good sign.

PP: Max wrote this role for you. Was there a pressure with that?

DD: A little bit (laughs)! There’s this huge responsibility all of a sudden because, like I said, I played so many roles where I pop in and out of the film, I don’t carry it on my shoulders. With this one, it kind of is that. The environment, the landscape is the real star, but it’s pretty much my responsibility of setting the tone on set every day and coming to work with all my stuff on the table and ready to go. That was a little pressure. I really wanted to do this right without trying to put too much pressure on myself and work too hard at it. I just tried to relax and tell the story. We had a wonderful crew to work that was really supportive. They all knew my insecurities so we had a lot of laughs and I was in really good hands. Someone asked me recently about now that I’ve had lead — I’ve done a lot of leads on stage, it’s just a different animal — I take whatever work comes my way. I need the work and it’s always up and down. But taking on a lead role, it is your movie, it’s your responsibility and I’ve never dealt with that, but it’s been interesting. PP: You’ve handled it with absolute ease and grace from my point of view. You mentioned the landscape. I understand this was filmed near Telluride, CO, is that right?

DD: Max is from Telluride, he grew up there. He went to school at Stanford early, studied theater and history and then went to NYU Film school and then made the decision to come back to his area of Colorado where he’d grown up, wanted to tell stories from that landscape. We each quarantined there for 10 days. This was my first job in Covid…pretty scary. When we decided to start in August, Wes and I both were like we’re not getting on planes. I’m not flying yet, it’s too scary. Wes drove from New Mexico, I drove from LA. I love to drive, it’s an 18 hour drive and then we were in bubbles. We were in Telluride, COVID testing constantly, wardrobe fittings, staying inside. Then we moved, once we all tested negative, we all moved to, it’s like an hour and a half southwest of Telluride, Norwood, cattle country. That’s where Miramonte Reservoir is, out in the boonies, and it was beautiful and very, very quiet there!

PP: I know I’m having to wrap up, I could talk with you for another hour about this film. I wanted to ask about the dog, I wanted to ask about the indigenous people that add a unique element, humorous yet very poignant at the same time. Is there anything that you would like to have my readers know about your experience on the set or what you want people to take away or maybe even share your childhood crush, your teenage crush! DD: I’m not gonna go there (laughs) but no, I had crushes on too many people, none of them ever came to fruition. I was quite shy and weird, weird theater kid. I had lots of friends but I think this film has resonated with people on different levels particularly in older audiences who have been through some loss and know what that’s like to be without your partner. I think younger people might have a problem because it’s slow paced, it’s quiet, and there’s no cell phones. So what’s the deal? I mean, why aren’t they just calling each other? But I think there’s a beauty in this film that starts with solitude and loneliness and gradually, through meeting all these quirky characters you mentioned, the gay couple, and the postman, and a little girl with her four quiet brothers, those small encounters you can have in the real world when you put yourself out there. Those little connections that feed you and that help keep you going and keep her there while she’s waiting for the one person she’s waiting for. It’s very heartfelt. I think it’s something particularly with Covid everyone can relate to about isolation and wanting to reconnect, and finding that inner peace and the strength to carry on.

PP: And to remember that our hearts still can go pitter patter no matter what age we are.

DD: That’s what Wes Studi says…just ’cause we’re that age doesn’t mean it doesn’t stop, that it’s not still there, so we’re not dead yet!

PP: Thank you Dale so much for talking with me about a standout film from the Sundance Film Festival and I’m so excited that people will finally have a chance to see one of my favorite movies of the year.

DD: Thank you, Pam, me too! I’m really glad people are going see it and I appreciate your time. Maybe I’ll see you in Chicago sometime!