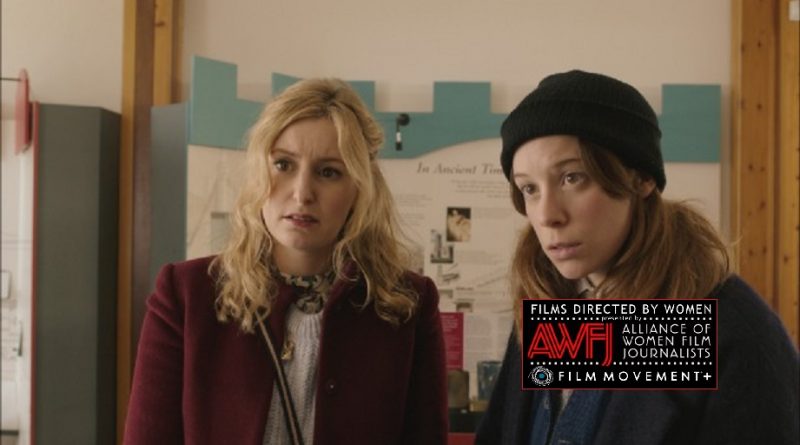 The sudden death of a loved one has a way of exposing our secrets—everything we’ve held on to comes pouring out. In grief, we are as vulnerable as when faced with our mortality and that need for healing makes us honest. Chanya Button’s Burn Burn Burn (2015) dissects human vanities and the dishonesties that block us from connecting, and it does it through an entirely preposterous pair of leading ladies, who only truly see themselves through the lens of their dead friend’s video messages.

Seph (Laura Carmichael) and Alex (Chloe Pirrie) are mourning their friend Dan (Jack Farthing) who died of cancer without ever telling them about it. Rather than deal with goodbyes, Dan gives Seph and Alex a cross-country mission to scatter his ashes in various meaningful places. At first, neither wants to undertake the task. They’re too self-centered and wrapped up in the lies they’ve disguised as their lives. Yet after a set of farcical inciting incidents, they pack up a borrowed car and hit the road. Luckily, Dan doesn’t make them take the journey alone. He’s left a series of video chapters to guide them along each stop. But with their juvenile outlooks, will Seph and Alex quit before the journey is done or will they unpause their arrested development and live in truth?

Burn Burn Burn comes to grips with death by grabbing its throat and choking it out. It is comedic and wistful and a bit silly but it accomplishes those big swings with compassion. Carmichael, Pirrie, and Farthing create characters who are idiosyncratic, each of them angry and moored in their own crap in relatable ways. And the cast of characters is just as ridiculous as they are (as we all are).

What remains with you as the credits roll—more than the laughs—is the symbolism. A series of metaphors you might not notice until halfway through link Seph and Alex to the understanding Dan has already found. A pagan ritual, the unfaithfulness in Arthurian legend, a messiah, a lost woman, and a summit each represent something we’re meant to find within ourselves and how we’re meant to move on and forward.