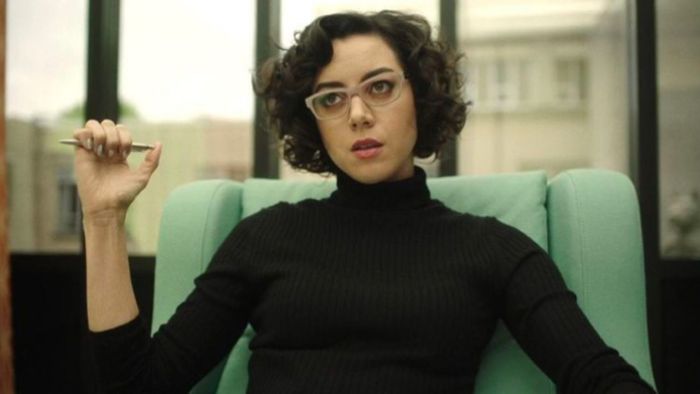 Even admirers of the always solid work from Aubrey Plaza over the years will be stunned by her riveting, nuanced performance in this taut thriller/character study about a young woman who, for complicated reasons, is trapped by her circumstances and turns to a life of crime. That’s the power of both John Patton Ford’s razor sharp debut and Plaza’s coiled but controlled performance.

Like all great noir/crime heroines, Emily is tough and sometimes unlikeable but Plaza has such a magnetic screen presence that you root for her even as she’s getting deeper into a credit card scheme run by the shady, alluring Youcef (the excellent Theo Rossi) who unleashes Emily’s just-below-the-surface thrill seeking.

The film’s opening scene sets up Emily’s dilemma swiftly and with style. She’s questioned in a job interview about an assault conviction on her record; this past infraction, however mysterious, is a major obstacle to a job better than the menial one she has delivering food. A portrait artist, Emily has $70,000 in student debt from art school. A series of quick setbacks leads her to the mysterious Youcef who runs an outfit where buyers purchase expensive electronics with fake credit cards. Plaza is gripping in these tense scenes, capturing the fear and the adrenaline rush as the film moves at a slick pace and Ford subtlety shades downtown Los Angeles with a seedy, sinister vibe. Emily pulls off the test scam and returns for more with Youcef upping the stakes and the danger.

But it’s not all crime spree. The darker sides of Emily’s character are revealed in several compact, surprising scenes. When she agrees to let her high achieving college friend Liz (Megalyn Echikunwoke) set up a coveted job interview, Emily’s desire for conventional success is tempered by a cutting edge and her zero tolerance for b.s. No surprise that she clashes with the company boss played by Gina Gershon who absolutely kills her one memorable scene.

There are many nail biting twists and surprises in Emily the Criminal, not the least of which is Plaza’s uncompromising performance as a young woman who feels trapped and so decides that survival means she has nothing left to lose.