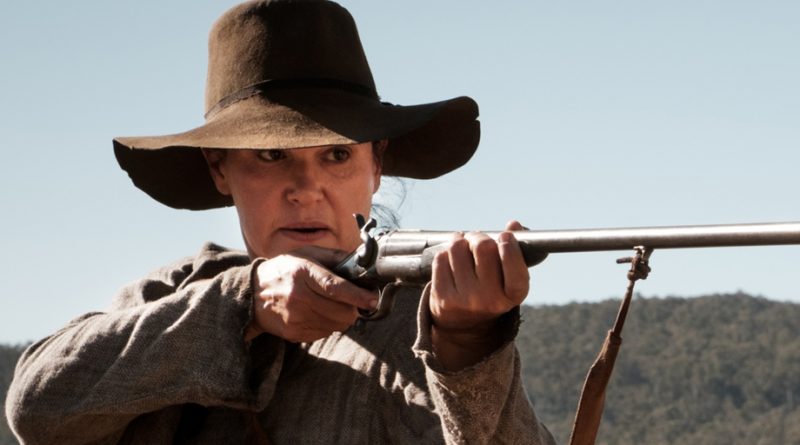 Just like her gutsy titular heroine, Aboriginal actress Leah Purcell proves herself to be quite a quadruple threat as the star, director, writer and co-producer of The Legend of Molly Johnson. Set in 1893 and based on Henry Lawson’s short story The Drover’s Wife, the film is set in raw and brutal outback in Australia. Purcell portrays an indigenous woman whose husband is often far away from home as he accompanies a herd of sheep across the high country. Hence, she is always on guard, considering her circumstances. When she is in front of the camera, she delivers a mesmerizing and memorable turn on screen as she takes on such issues as women’s rights, racism and the brutal disease of colonial rule in the late 19th century.

She finds herself faced with a visitor on her property, a shackled Aboriginal fugitive named Yadaka (Rob Collins) who has a gun. His presence causes Molly to summon memories of her own roots and she bonds with the stranger she tries to help him to get away. But some bigoted locals have rather nefarious and deadly plans for him. Molly also greets a handsome London-based lawman Nate Clintoff (Sam Reid), a former Army sergeant, and his sickly wife Louisa (Jessica Govw), who are taken by the smell of the freshly cooked meat that she eventually shares with them.

When we first meet Molly, a mother of four whose swollen belly holds another child, she is snoozing in a horse-driven carriage. She wakes up to find a snorting bull facing her and shoots him. It ends up being a meal for her clan. Molly also greets a handsome London-based lawman Nate Clintoff (Sam Reid), a former Army sergeant, and his sickly wife Louisa (Jessica de Gouw), who are taken by the smell of the freshly cooked meat that she eventually shares with them.

Purcell’s bold performance in front of the camera is matched by her moves behind it. She captures the eerie sprawling landscape of the outback as ethereal white clouds roll by and as the scorching sun rises. As Molly says early on, “I’ll shoot you where you stand and bury you where you fall,” as she holds a loaded shotgun. As an actress and a filmmaker, Purcell finds a clever way to make this story relevant in the year 2022 and connects with such issues as Black Lives Matter, the #MeToo movement and deadly gun violence.