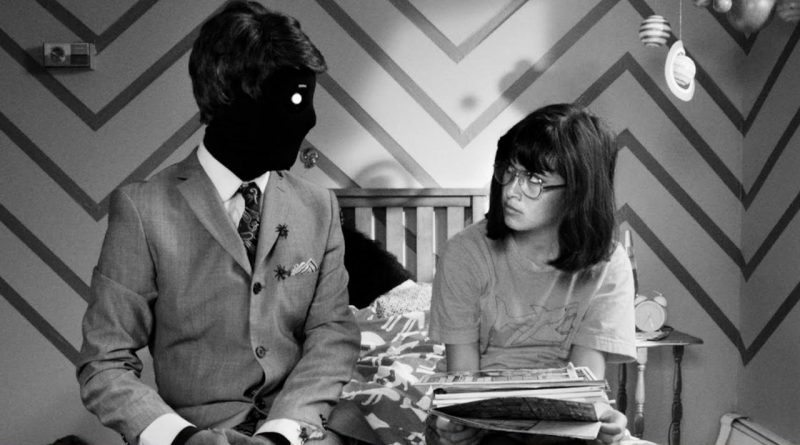 In this charming and wise short film, writer/director Kate Tsang tells a story of the first steps into growing up with captivating wit and charm, and with a quality that is even more rare, genuine whimsy. The black and white cinematography gives it a timeless, fairy tale quality that perfectly suits the mood of the story.

Judith Viorst’s book, Necessary Losses, describes the often-wrenching pain that humans experience as we mature. That theme is brought to life in this film, as a young, sci-fi comics-loving girl named Izzy (Madeleine Conner) has a best friend who is sympathetic, supportive, fun, and always has time to play with her. That is because he is imaginary. His name is X, his face and hands are covered with black fabric, and he does not speak; he communicates via a hand-held cellphone-like screen. And he is magical.

When Izzy moves to a new house with a boy next door, X realizes almost before Izzy does herself that she would like to find a way to become friends. But while X knows everything there is to know about pretend shoot-outs, including how to make them just challenging enough before dramatically losing to her, he is not an expert on how to interest a boy. X conjures up a collage based on the advice from tween magazines, and Izzy ends up with garish make-up, a padded bra, and a pre-set conversational opener from a supermarket tabloid that can only be described as jarringly bizarre.

The world Tsang has imagined for X is amusing and imaginative, including a bureaucratic office where X learns that he has put in enough time to qualify for retirement and a bar where the imaginary friends hang out. The mixture of the fantasy with the reality, as Izzy finds a way to relax and be herself with the boy next door, is handled with a sure sense of the way the two worlds come together…until they do not.