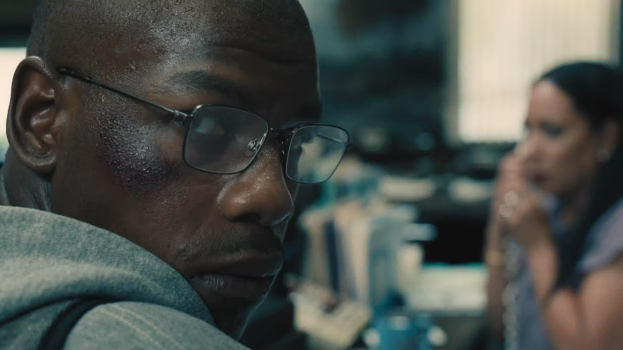 Director Abi Damaris Corbin’s feature film Breaking (originally titled 892), based on the true story of Marine war veteran Brian Easley and the series of events that left him at the brink of homelessness, leading him to walk into a Wells Fargo Bank in Atlanta, declare he had a bomb, and hold two women hostage for three hours. This tension-filled gut-wrenching tale unfolds with the intimacy of a chamber drama. It is as much an indictment of the Veterans Administration and its failure to support veterans, the lack of services for the mentally ill in this country, and the dangers of being a Black American, as it is a story of one man’s struggle and pain.

Corbin co-wrote the screenplay with writer Kwame Kwei-armah based on a 2018 article by journalist Aaron Gell called They Didn’t Have to Kill Him: The death of Lance Corporal Brian Easley, and was inspired to do so by her own father’s challenges with mental illness. Gell had done exhaustive research and spoken to many of those involved in the incident, as well as people from Brian’s childhood and his time in the military.

Truly a tour-de-force for lead John Boyega, the actor is heartbreaking, intense, and wholly believable as Easley. The film shows just how talented and underutilized Boyega has been thus far in his career as a screen presence deserving of and equal to this quality of material. When Kwei-armah spoke to Easley’s wife (played by Olivia Washington in the film) shortly after she saw 892, and she gave her blessing by saying, “When I switched on the movie and I saw John, I saw my husband. I felt so grateful that John had portrayed him in the way he did, and that the film is true to what we experienced.” In addition to Boyega’s impressive, captivating work, audiences are treated to Michael K Williams in his final screen performance. He plays the hostage negotiator and fellow ex-Marine attempting to keep Easley alive and get the hostages released. Rounding out the cast are Nicole Beharie and Selenis Leyva as the hostages, and Connie Britton as a journalist at a local tv’s assignment desk.

Though there are moments that feel a bit too visually claustrophobic, this is still a great step forward in Corbin’s career as director. 892 references the $892 that led to Easley’s crime, which, by the way, the VA never gave back to his family. It should quickly find a distributor and a wider audience, and in so doing will bring needed attention to the mental health and financial struggles many veterans face on a daily basis.

EDITOR’S NOTE: This review was originally published on AWFJ.org on January 21, 2022, when the film, then titled 892, premiered at the Sundance Film Festival.