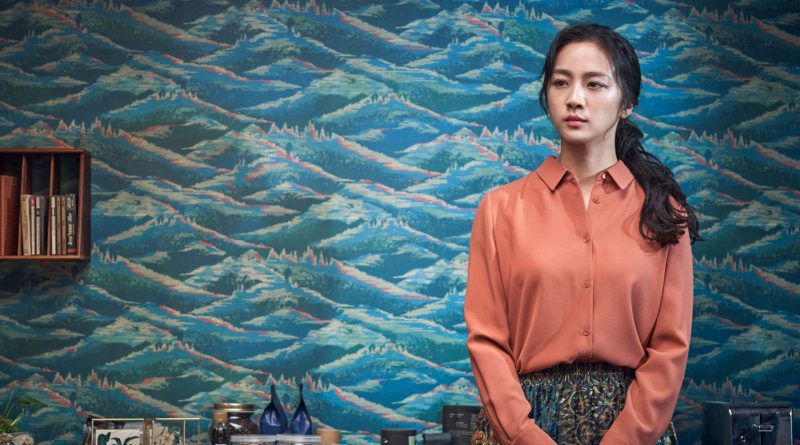 It’s been six years since Park Chan-wook swept audiences away with his lush, seductive The Handmaiden, but his recent Cannes Best Director award for his latest film Decision to Leave shows it was well worth the wait. A Hitchcockian crime thriller/romance right down to its core, all the signature traits that have wooed audiences around the world to the master Korean filmmaker’s work and garnered him the reputation as one of the best directors working in cinema today here abound. Elegant cinematography, complex characters and a curious tonal tug-of-war between a range of different emotions are again at the helm here in this tale of a homicide investigator who falls in love with a murder suspect.

The film follows Hae-joon (Park Hae-il) who is effectively bored with the color-by-numbers cases that have come his way as a detective in Busan, and despite the insistence of his colleagues that the death of a wealthy man found at the base of a cliff in a rock-climbing accident is exactly that, Hae-joon’s suspicions that it is a murder increase when he meets the victim’s beautiful Chinese wife, Seo-rae (Tang Wei). Drawn to the woman, his initial infatuation blossoms to an all-encompassing love, but the more he discovers about her history, the harder it is for him to trust his own instinct about what just happened that lead to her late husband’s death.

Decision to Leave finds Park in full flight; he has little interest in an economic run-time here (the film clocks in at well over two hours) which gives him ample room to paint his tonal portraits of unrequited love as much as the murder mystery nuts and bolts that make up the meat of the movie’s storyline. The bittersweet ambience that marks so many of his best films is here in full force, marking Decision to Leave as yet another key film in Park Chan-wook’s ever-growing, impressive filmography.