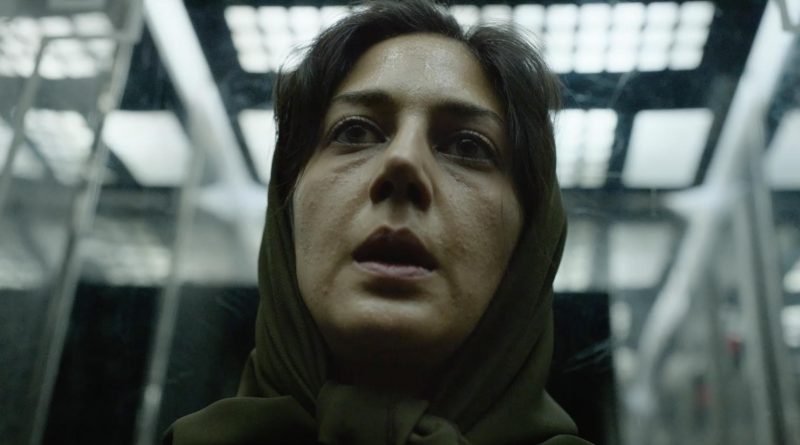 There’s nothing quite as satisfying as an Iranian neo-noir, and Ali Abbasi’s latest film Holy Spider dives deep into the grit of true crime to bring to the screen one of the most breathtaking thrillers of the year. A Danish-Iranian filmmaker, Abbasi swept audiences off their feet with his extraordinary and almost impossible to describe movie Border which won the Prix Un Certain Regard at Cannes in 2018. Moving from a Danish setting in this previous film to the Iranian context here has clearly not stopped the awards coming, Zar Amir-Emrahimi winning the Best Actress gong at Cannes earlier this year for her extraordinary performance of a journalist called Rahimi who travels to the holy city of Mashhad to investigate a serial killer targeting sex workers.’

The so-called “Spider Killer” murders lie at the heart of the film as the fearless journalist worn down by the broader cultural misogyny that she experiences frequently in her professional life investigates, given particular insight that police and other journalists have missed due to their refusal to take the lives of sex workers seriously. Driven by a religious obsession to clear society of whom he considers evil women, Rahimi is under pressure to not make the religious motive public in case it provokes social and political unrest in the community. Stuck between the killer himself on one hand and her supposedly professional peers on the other, solving the case becomes a one-woman job for Rahimi that puts her very own life in danger.

Based on the true story of Saeed Hanaei who was responsible for killing 16 women across 2000 and 2001, the gritty true crime surfaces of the film barely disguise the intensity with which Abbasi and his collaborators seek to reveal something much bigger about Iranian society, using this case as a shocking lens to see broader problems when it comes to gender politics. Tight, taut and not one beat out of place, Holy Spider captivates from start to finish; it gets its claws in and refuses to let go