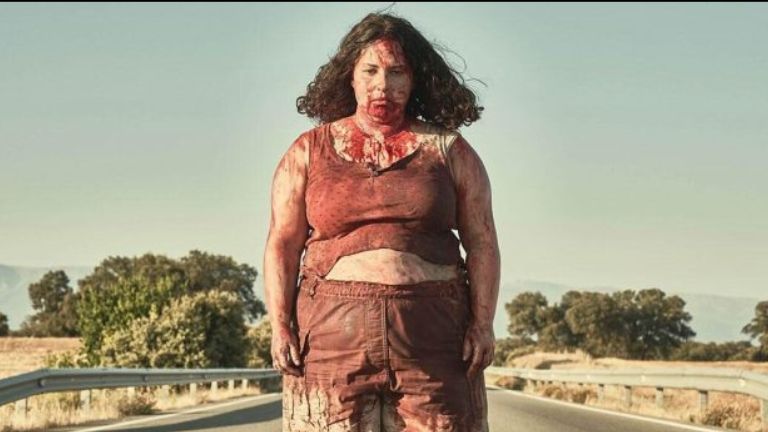 Reimagining her acclaimed 2019 short of the same name here as a feature film, Carlota Pereda’s Piggy is an unflinching exploration of teenage identity set amongst a backdrop of extreme violence in a little Spanish town. It’s summertime, and everyone – even Sara (Laura Galán), as conscious as she is of her weight and the way it seems to act as a magnet for the local mean girls – is making their way to the local public swimming pool to deal with the excessive temperature. The unrelenting bullying she receives is made harder by the fact that one of those who participates in it was once a close friend. So when Sara witnesses the abduction of the bullies, any instinct to help is complicated by the sense that justice has prevailed. As Sara and the stranger responsible for the abductions increasingly cross paths, she is forced to address her own culpability and – more importantly – her own desire for vengeance.

Piggy does not hold back when it comes to presenting the ethical knot of the film’s interpersonal relationships; not much is clear here, and Sara herself is a complex character for whom our connection spans between sympathy and ambivalence. Played to perfection by Galán, she doesn’t dumb down Sara or reduce her to a caricature; rather, Sara becomes increasingly more sophisticated a character as the film progresses, and the fact that we can never really guess what she will or won’t do next remains one of the film’s greatest strengths. There’s nothing patronizing or moralizing about Piggy, and it’s all the better for it; simultaneously a strong character portrait and a twisted coming-of-age film, this is tough but satisfying viewing.