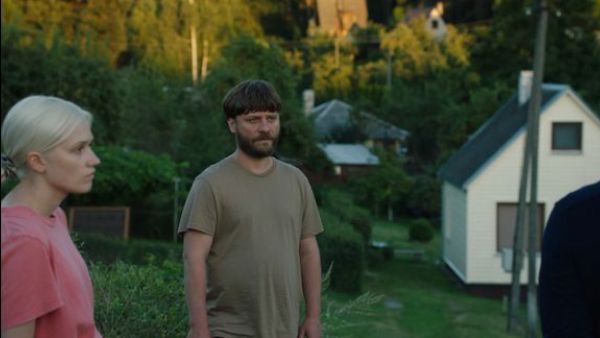 Sometimes a film can be so low-key that its gravity and weight almost sneak up on you. Enter Pilgrims, which won the award for Best Film at the Venice Film Festival’s Orizzonti program – and for good reason. This Lithuanian film begins as Indre (Gabija Bargailaite) somewhat uncomfortably meets Paulis (Giedrius Kiela) at the latter’s mother’s home in Vilnius, and together they undertake the informal pilgrimage of the film’s title. What slowly becomes apparent is that they are retracing the steps of Indre’s late boyfriend and Paulis’s brother’s final moments before he was kidnapped and murdered.

Bereft of all the whistles and bells of the traditional murder mystery film, most poignant here is the fact that there’s no mystery at all – both Paulis and Indre know exactly what happened to both the murdered man and the person responsible for it. There is no crime to “solve”, but rather something far more tangled; they hope, by revisiting the series of locations linked to the crime, to understand. To answer the “why”, as they already know the “how”.
Filmmaker Laurynas Bareiša brings a soft, almost ambivalent touch to his treatment of the subject in a matter-of-fact way that has a devastating impact precisely because of the low-key treatment of the material. In any other film, mysteries or the desire for vengeance would be the narrative engine propelling a story such as this onwards, but Bareiša point blank refuses to fall into the expectations a crime film might otherwise render essential.
What remains instead is something deeply sad and meandering as two people who loved someone who died in a horrible way work through their own emotions regarding the loss, and face the fact that there is nothing much they can do about it. There’s something so fundamentally true and humane about Pilgrims that is difficult to articulate, and that slipperiness is precisely what makes it so effective.