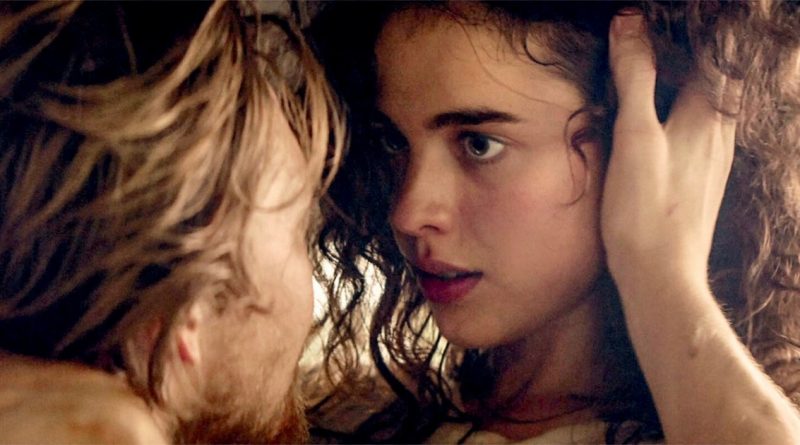 Set in Nicaragua, the film follows Trish (Margaret Qualley in one of her strongest performances yet) who is in the country ostensibly as a journalist but is essentially a grifter who also dabbles in sex work on the side to keep herself afloat. Meeting Daniel (Joe Alwyn) in the bar of the Intercontinental Hotel, a casual sexual encounter rapidly escalates into something more serious as each face the growing reality that their presence in the country is fraught and volatile, with those wishing to see their downfall only increasing in number across the film’s runtime.

With a soundtrack from Denis’ long-term collaborators Tindersticks and cinematography by Eric Gautier, the heat, sweat and desire that make up the world of Denis’s Nicaragua are almost palpable. Qualley in particular packs real punch as Trish, an ambivalent main character but one who keeps us tethered to the film’s story as it stretches across its possibly-too-long run time. Stars at Noon is a seductive, sexy ride, and when we’re in it it’s a pleasant enough journey. Running at well over two hours, however, it does at times overstay its welcome, a result perhaps of a too-loyal commitment to its literary source material. Stars at Noon is a satisfying one night stand of a film; it’s pleasurable enough while it is happening, but the second it’s over it’s almost far too easy to forget.