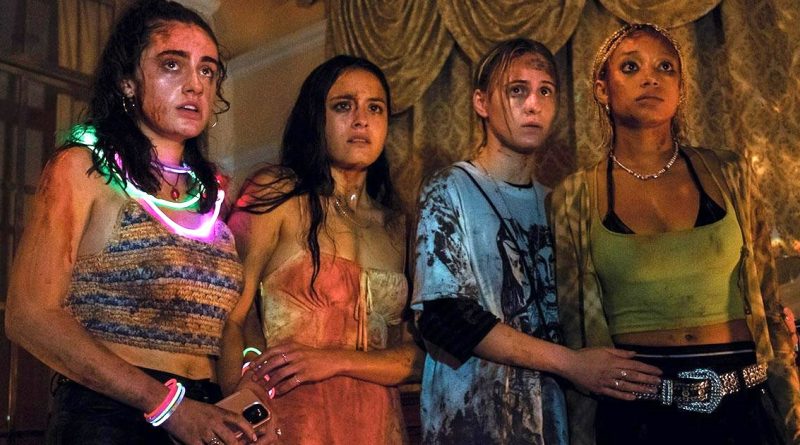 Summer blockbuster season is definitely over when this kind of horror/slasher trash worms its way into local theaters. The obnoxious, rich 20-somethings in Bodies, Bodies, Bodies don’t die soon enough for me.

Here’s the set-up: five longtime friends and their respective companions gather at a remote vacation house on the eve of a predicted hurricane.

After some pool pranks, including a breath-holding contest, they retreat inside, uncocking a bottle of champagne, downing tequila shots and snorting lines of cocaine.

Then they decide to play an improv game in which players ‘kill’ someone by touching them. Whomever discovers the ‘murder’ yells: “Bodies, Bodies, Bodies” – and everyone has to figure out who the ‘killer’ is. The chaotic shrieks and scares are supposed to be great fun until – one after another – various participants are brutally slaughtered. Whodunit? Who cares?

The original social satire idea came from Kristen Roupenian. But her original draft, which had everyone caught in a snowstorm, was discarded when Sarah DeLappe took over scripting, so now Roupenian only gets story credit.