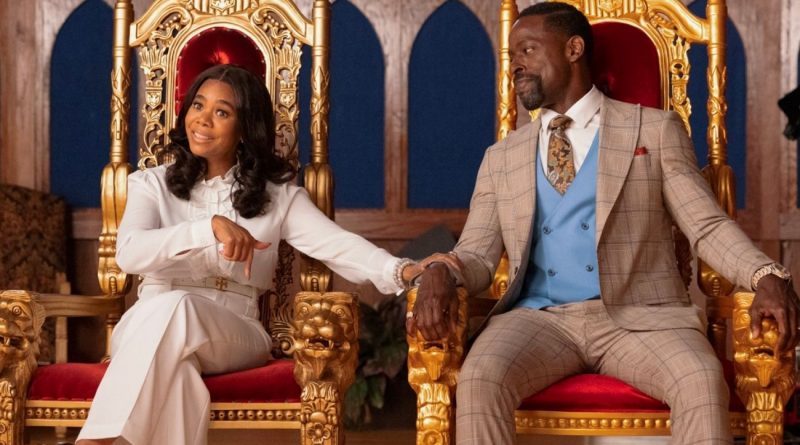 In a thriller cleverly hidden within the satin robes of satire, writer/director Adamma Ebo questions morality, marriage, and the power of a message. Yet, Honk For Jesus. Save Your Soul. reaches further into the psyche of humanity than you might expect. Told through the framework of a documentary and behind-the-scenes during its filming, the story chronicles the comeback of a disgraced megachurch pastor (Sterling K. Brown) and his First Lady (Regina Hall).

Brown is as charismatic as his role suggests. You’ll want to buy into his quest for redemption, but his tainted motivations and his slowly revealed sins will make you wonder if disgrace is justice enough: Can we separate the man from the message? Meanwhile, Hall is magnetic. Her performance pulls on your sympathies at first but, although she is vulnerable, this First Lady is far from innocent.

The result is a pair of characters who are rotting—fueled by desperation, addicted to power, and festering with ambition. These performances allow us to smell the perfumed sweetness of their smiles, alongside the stink emanating from beneath them. Hall & Brown are magnificent. Adamma Ebo is sharp with her pen and with the camera, taking the story to the brink of absurdity but always with an edge of truth. Although, I’d hoped the film would cut a little deeper at the end.

Honk For Jesus. Save Your Soul. isn’t a morality play but the dissection of two characters who worship at the altar of fame but refuse to allow their labors to be more than vain.