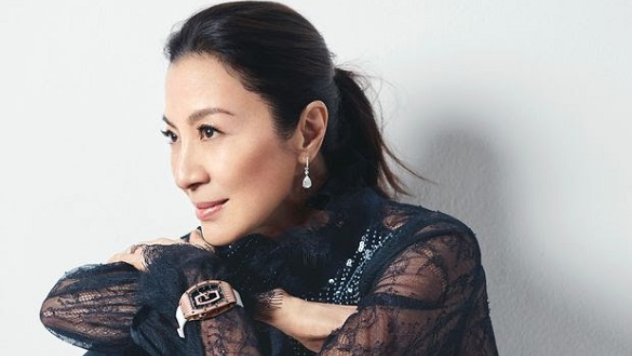 The TIFF Tribute Awards, presented by BVLGARI, will return Sept. 11 as in-person gala fundraiser during the 47th edition of the Toronto International Film Festival, which is Sept. 8-18.

“Michelle Yeoh is the definition of groundbreaking,” said TIFF CEO Cameron Bailey in a statement. “Her screen work has spanned continents, genres and decades. This year she delivered a performance in Everything Everywhere All at Once that shows her limitless abilities. We’re so proud to honour her with the Share Her Journey Groundbreaker Award.”

The TIFF Share Her Journey Groundbreaker Award recognizes a woman who is a leader in the film industry and has made a positive impact for women throughout their career. The inaugural award is inspired by TIFF’s Share Her Journey initiative, which was created to address gender parity in the film industry, to champion women at every stage of their creative journey, and to shine a spotlight on women creators making a significant difference in the industry.

Launched in 2017 – and now a permanent initiative as part of TIFF’s broader Every Story fun – Share Her Journey is TIFF’s commitment to address gender parity by broadening opportunities for women at every stage of their careers. To date, TIFF has raised more than $3 million to provide direct support to women along their creative journeys, from inspiration to a finished product showcased on TIFF platforms.

Over her nearly 40-year career, Yeoh has become renowned as one of the most accomplished and versatile actors in the world. She has broken barriers and inspired generations of audiences with her performances, including her most recent lead role in the hit film Everything Everywhere All at Once, as well as her turns in the Oscar-winning epic Crouching Tiger, Hidden Dragon, the James Bond entry Tomorrow Never Dies and the groundbreaking romantic comedy Crazy Rich Asians, among others. Continue reading on THE WEEK IN WOMEN.