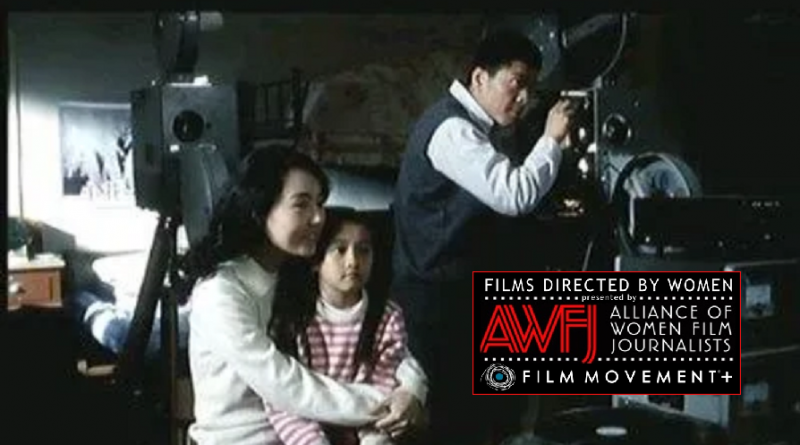 When we first meet film addict Mao (Xia Yu), he is footloose and fancy free. He earns a living by toting water jugs from place to place on his bike. He especially loves action movies, as an image of a Blade Runner poster with Harrison Ford’s face materializes on screen. But by accident, he tumbles into a wall of bricks and is conked on the head with a brick by an angry woman named Ling-Ling (Qi Zhongyang). When she gets arrested, she gives Mao the keys to her apartment and tells him to feed her fish.

But when he walks in, Mao is immersed in elaborate a shrine to 1930s movie siren Zhou Xuan and they realize they are both film addicts. As he decides to read her diary, the film flashes back to Ling-Ling’s mother when she was a young woman who worked in radio. Alas, she gets pregnant after being left adrift by her lover. She befriends Pan, a projectionist, who she eventually marries. Unfortunately, Mao is a victim of domestic violence, the source being his bullying dad.

There is sentimentality to the movie as well as romance. But some of the characters on screen have allowed their sins to pile up. That especially applies to Ling-Ling, who has her darkest days near the end of the film. Mao pays a visit to a mental institution where she resides after losing her hearing. He reveals his identity and gives her a celluloid film strip that he presented to her way back when. Thanks to him, she is eventually reunited with her parents as they watch an old film on the same screen she watched while she was growing up.