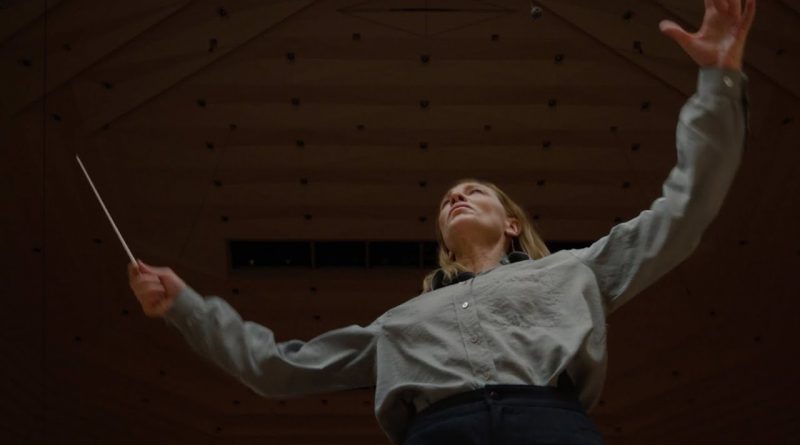 Halfway through Todd Field‘s TÁR, the titular character’s six-year-old adoptive daughter Petra (Mila Bogojevic) looks her mother in the eyes and tells her, “You’re the best person I know.” As an audience, of course, we beg to differ. Having gotten to know Lydia Tár (Cate Blanchett, of Nightmare Alley), portrayed in the film as one of the greatest living composers and conductors, we know she’s the kind of person who belittles those around her, lies, promotes or demotes subordinates based on sympathies, threatens little kids, can be cruel and disloyal to those who admire her, has an inflated sense of self and shifting loyalties, and is quite simply – to use the words of a Juilliard student who dares confront her in the film – a “f*cking b*tch”.

But is there more to Lydia Tár, the first-ever female chief conductor of the Berlin Philharmonic and one of the few “EGOT winners” (having won an Emmy, a Grammy, an Oscar, and a Tony Award) in her field? That’s a complex question to answer.

When looking at the portrayals of narcissistic, morally flawed geniuses in film, there are usually points to be made about their behaviours, or redeeming qualities that eventually emerge and make us understand why a certain character is wired in a certain way. In The Devil Wears Prada, demanding editor Miranda Priestly (Meryl Streep) is cruel and insensitive to her employees, but we also get to see a softer side of her; in Whiplash, Damien Chazelle uses ruthless music teacher Fletcher (J.K. Simmons) to make a point about the road to success. But in TÁR, writer, director and producer Todd Field (In The Bedroom) provides us with the character study of a brilliant, pretentious, cruel genius who gets no redemption by the time the credits roll. Is the filmmaker making a point about the nature of art, talent and creativity? Is he showing us a successful woman who just so happens to be a horrible person and asking us if we’d judge her as harshly if she were a man? Or is he turning the tables on us, showing us that a sexual predator – which is arguably who Lydia Tár eventually turns out to be – doesn’t always look like what we’d expect them to be? Continue reading…

Serena Seghedoni is a film critic, a film studies graduate, and the Editor-in-Chief at Loud and Clear Reviews. She has written a dissertation on Joker and is currently interested in queer stories, films made by women, virtual reality, and the representation of mental health in film and TV.