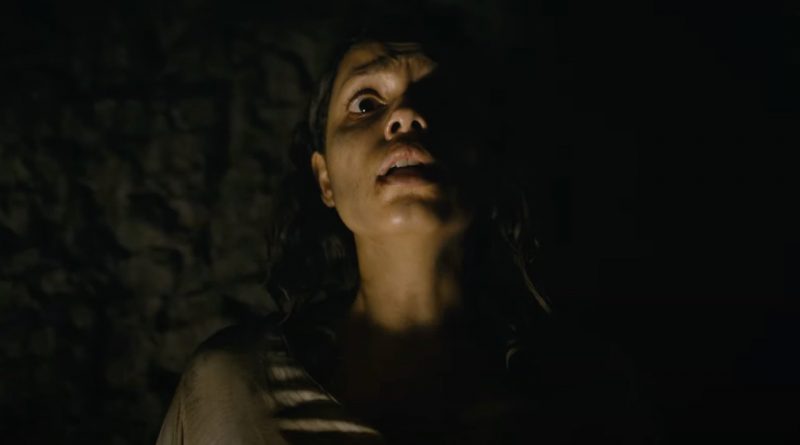 Barbarian: Be my, be my baby

In Detroit for a job interview, a young woman books a rental home in a sketchy neighborhood. Arriving at night and during a rainstorm, she frantically tries to get inside and soon realizes she’s not the only tenant. The lodging is double booked, but the male in the main bedroom isn’t her biggest problem.

Barbarian stars British actress Georgina Campbell as Tess the trusting and courageous job hunter. Bill Skarsgard is Tess’s bunk mate. As the voice of the creepily evil clown in It, Skarsgard seems perfect casting. The usually genial Justin Long is the homeowner, bringing some lightness to this heavy tale.

There are parallel stories and a peek at the past. There are the requisite jump scares and things that go bump in the dark. The houseguests do everything they are not supposed to do as they navigate the increasing underground hallways of the cavernous cottage. While I hate these sorts of genre clichés, this horror film isn’t horrible. You may cover your eyes, but you don’t want to look away. My husband Ricky kept two 👀’s open because Barbarian keeps you on the edge of your seat. Not once did I let my mind wander to what I was going to cook for dinner later.

Barbarian can be savage and uncivilized, but doesn’t leave you bruised and broken, despite writer/director Zach Cregger turning horror on its head. Next time though, stay at Motel 6. They leave the light on for you. Barbarian gets a 7.