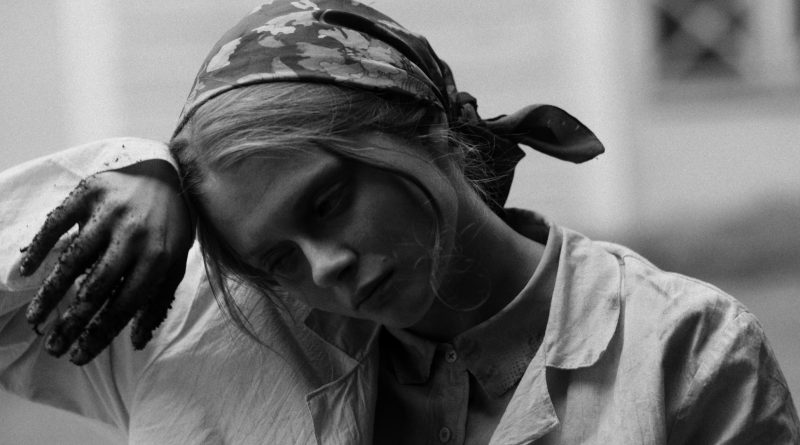 “Amidst mass starvation, the scientists at the world’s first seed bank were forced to choose between hope for humankind and their own survival. Though a true story from the past, this film takes place in our near future.” Intermittent voiceover observations present actual recollections of those who lived through the siege of then Leningrad during WWII, with events now occurring amidst a newly raging world war. Botanists Alyssa and Maksim gather plants and store seeds in the Vavilov Institute of Plant Genetic Resources, actually located in what is now St. Petersburg.

Beginning 1 September and stretching into late February, people are literally starving to death, as indeed more than one in four at the time did. As Alyssa says, “In the time of famine, people reveal themselves,” and of course conflicts erupt both between desperate individuals and within their own wasting selves. In the poems and journals written from September 1941 through January 1944, from which the narration comes, men and women describe the effect of starvation on minds and bodies as “life slowly begins to ooze . . . with desire intact and with it the wish to live.”

Through a spectatorial remove, we watch Alyssa and Maksim wander the largely deserted streets, finding victims dying, rats hunting, people pulling corpses on sleds, and a destroyed environment. Slowly, methodically, the food crisis intensifies with cinematographer Sean Price Williams’ evocative black-and-white splashed a couple times with color. Equally impactful is the sound design that interprets the struggle and carnage. Given its technical achievement, One Man Dies a Million Times is only available theatrically. In Russian with English subtitles.