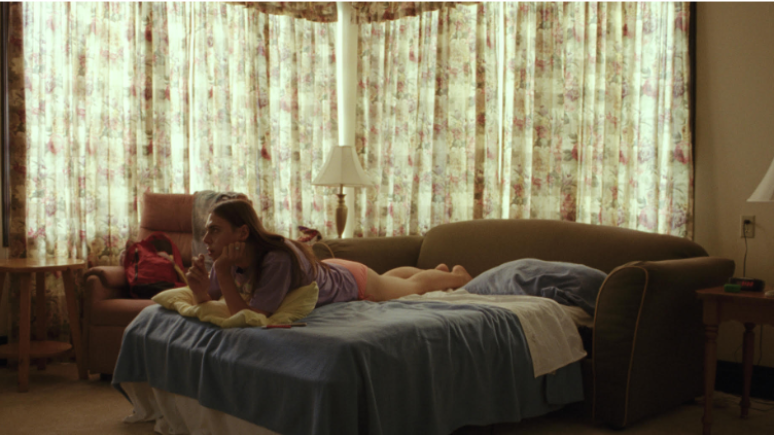 Trans writer/director Luis de Filippis scored a Special Jury Prize at the 2018 Sundance Film Festival with her short For Nonna Anna, a jumping off point for her feature film Something You Said Last Night, which just had its world premiere at the Toronto International Film Festival. Starring trans actor Carmen Madonia in her onscreen and feature film debut, the story, which is a very personal one to de Filippis, centers on twenty-something aspiring writer Ren (Madonia). Ren struggles with the balance between embracing comfort from her loving but overbearing parents, and stepping into her own independence and autonomy. It is a film with quiet assurance, filled with kindness, even in its most awkward moments. As such, and as a story devoid of tragedy or high drama around the trans experience, it is a welcome addition to queer cinema.

Filmed on a shoestring over 19 days, Something You Said Last Night follows Ren, and her Canadian-Italian family, sister Siena (Paige Evans), mother Mona (Ramona Milano) and father Guido (Joey Parro), on their beach resort holiday. Ren has just been fired from her job, but chooses to keep it from her parents. She is just trying to get through the family vacation feeling supported and cared for, though she knows she’s facing an uncertain future once the respite is over. Mona is solicitous, and ever trying to find connection with both her daughters. She becomes a bear momma when she detects even a whiff of bigotry against the trans daughter she loves. To Ren, those encounters are mostly just a source of embarrassment. Young men come and go as an incidental part of the story, sometimes present, sometimes bad news for Ren and Siena. In other words, Ren’s is a loving, occasionally dysfunctional family just like any other, going through the experience of the sometimes boring, sometimes abrasive family experiences to which any and everyone can relate.

Planted firmly in the slice-of-life indie dramedy genre, Something You Said Last Night benefits from the easy chemistry in evidence between members of the ensemble cast. There are dynamics between various familial factions, just as there are in real life, and it’s clear de Filippis nurtures that aspect to her film to its best effect. I’m not a fan of the slice of life genre. I prefer more story in my storytelling. However, as an ally rather than trans myself, I can only imagine what a relief it is for members of the trans community to have a film that is just about BEING. This is not a transition story. This film is not a tragedy, or a battle to be accepted. There aren’t, it appears to me, lofty goals at work here, it is simply a story of belonging. As many a flag and meme says, ‘All are welcome here’. There’s a place for that in cinema.