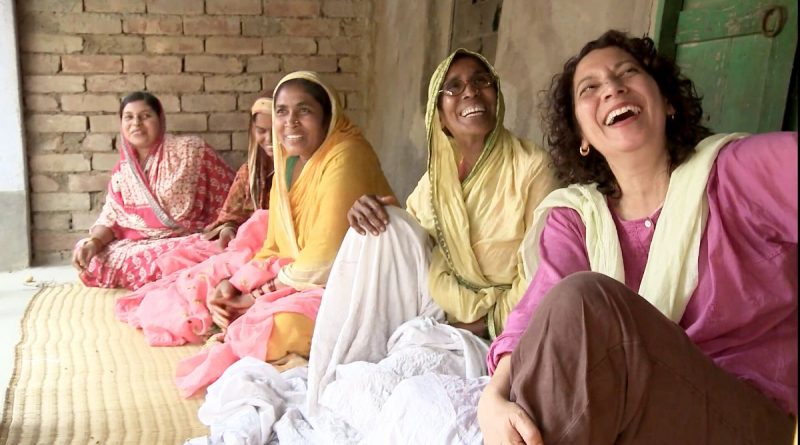 The lyrical and poetic documentary The Bengali is about assumptions, stories handed down through generations, and how simple moments can dissolve resistance.

A Bengali is a person associated with the Bengal region of India, like writer-director Kavery Kaul. Yet this term also applies to the grandfather of Fatima Shaik, an Indian-American and African-American author and journalist in New Orleans, Louisiana.

As a child, Fatima Shaik heard stories about how her grandfather, Shaik Mohamed Musa, had immigrated from India in 1890, settling among the Black community in New Orleans. He’d told her grandmother how he’d studied at Oxford. He gave her gold jewelry that she later sold to feed their children when times were tough. The hookah on the family piano was his, lost during Hurricane Katrina, along with several family homes and Fatima’s father, who suffered a stroke after being evacuated to Baton Rouge.

“When everybody lost everything at the same time, there was nobody to fill the spaces,” she says.

Part of filling that space is her pilgrimage to India, seeing if she can locate the small village her grandfather left behind and any relatives that still might live there. Her father often dreamed of visiting the land where his father grew up and scoured maps to find his village, named in a long-ago letter. Spellings change over the years, and The Bengali proves to be part detective story as Kaul (One Hand Don’t Clap) contacts her friends for research and help in setting Fatima on the right path.

Watercolor-like animation from Nate Dorr and Jaye Elizabeth Johnson illustrates the stories that Fatima Shaik heard, imagining her grandfather’s arrival in the United States, selling fabrics, and meeting her grandmother. As one might expect, his background wasn’t as illustrious as he painted it, but it’s safe to say there are no dark family secrets, just a man who came from humble means and dreamed of more.

The bulk of the film occurs in Khori, the village where Fatima Shaik shows her grandfather’s picture, asks about life there a century ago, and tries to track down any records. Kaul also acts as a translator for her at some parts, but the filmmaker also lets the locals air their suspicions of this American they call “a fair-skinned girl,” a Catholic among Muslims. Will she claim the land they need for farming to build a church? They don’t understand her need to connect with her roots, when so many Black people in the United States don’t know where they came from. As Fatima’s husband, daughters, and cousins back home explain, her journey would give them something real.

Much of the charm of The Bengali is watching Fatima Shaik interact with the villagers and soak in the local ambience: a woman corralling chicks under a basket, a snake in the cow shed, green fields, and vast orange sunsets. Kaul uses a lot of medium shots and long takes as Fatima sits among the women sewing or showing her how they cook. They assume she doesn’t cook (one wonders what they’d make of the bread pudding and other dishes her family shares at home), and chatter about how she isn’t used to sitting on the floor or eating with her hands.

Fatima aims to be polite, knowing they associate Americans with waste and greediness, but she also shows her humor. When one woman assumes she’s wealthy, Fatima describes how she writes books and teaches, so “there’s wealth inside,” making the woman laugh with delight.

They’re all a bit strange to each other, but in its gentle way, The Bengali shows how stories and presumptions can change, forging connections that are rich and real—not just to the past but to the world at large.