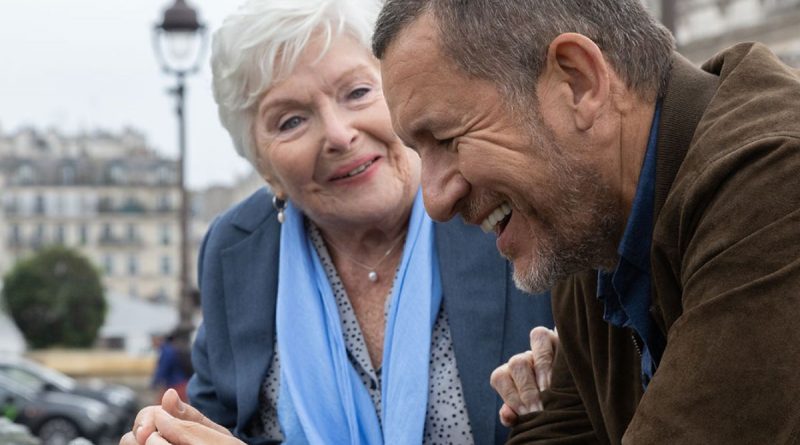 At least once or twice, it happens to all of us, that we know for certain the film we have chosen to watch will not disappoint us. Undoubtedly, the genre always varies, that is true. However, most subject matters we prefer to watch tells us ahead of time what to expect. When I heard about Driving Madeleine, I knew right away that it was going to be sentimental, touching and educational. What I did not know is that it will leave you heavily sobbing, crying like a little baby and emotionally devastated. Luckily, I did not have to worry about my own tears that were coming down, as everyone around me was in the same boat – man or woman, it did not matter.

Charles (Dany Boon) keeps driving his taxi. Each passenger is different. Some are nice, some drunk, violent and rude. But he has to do what he has to, in order to provide for his family. With two demerit points left from his driving license being taken away, he has no hope on the horizon. When he was told there’s a passenger that is about to take his cab for going on a long trip, Charles was not prepared for the outcome.

Madeleine Keller (Line Renaud) has lived for 92 years; almost a century. Now she is heading towards one destination. Before she ends her trip, she asks Charles to take her to certain places, places that take her down memory lane, to where we all are about to take a trip. The trip will be both unforgettable and painful to watch at the same time.

The moment the film starts, the score gets right under your skin. It prepares you for something magnificent. You know that for sure. When we first meet Charles, he is nervous, not collaborative and keeps swearing at drivers. He is losing his temper and no longer wishes to be messed with. The operator tells him he is about to get assigned to drive one customer outside of Paris. At the beginning, he wants to decline, but quickly changes his mind. When the address is given, he arrives at the destination, but is angry that the passenger is nowhere to be seen. Only if he were observant. It’s then we meet the charming, sweet Madeleine, a woman that is going to turn your entire day, if not life itself, upside down.

Madeleine is very patient, charismatic and has a biting sense of humor. She looks at Charles, as he drives the car, and says, “Anger ages you more. The more you smile, the more you get younger.” It’s advice that quite pleases him. But nothing is that simple. Not quite. When he arrives at one stop, she begins to tell the story of an American soldier, Matt, she met when she was 16. The first kiss she shared with him, she remembers till the moment we are introduced to her. But then, when she turns the page and moves to her married life, we find it a little flat. The woman says she used to live with Ray, who appears to be her husband. The husband that not only emotionally, but physically and sexually abused her. In fact, he targeted her son too, which makes her angry.

There is one particular moment that should be written on stone: “Why would you say that about your own husband?” When she was asked, she replied, as a young Madeline, “Can the man who beats you day and night. Who rapes you and hits your son can be called a husband?” Driving Madeline explores the past trauma of an elderly woman, who knew how to fight back when the right moment came. Filled with sadness and laughter, happiness and tragic loss, the film transports you into the mind of Madeline, who flawlessly delivers the most educational aspect of domestic violence, femicide, perseverance, courage and the stories she tells, be prepared, will blow your mind away.

I don’t remember the last time I saw both men and women crying and sobbing throughout. And that’s the effect Christian Carion’s film provides. It’s masterful, touching and such a beautiful story about kindness, humility and a fearless soul. Charles has a kind heart too. Madeline just knew how to show that to him. The man is touched by what Madeline presents – and it becomes an absolute pleasure for him to drive her.

That being said, Driving Madeline reminds us that we should be patient towards elderly people and must never silence them when they have a story to tell. Because remember – they won’t be around forever, neither will we. Therefore, if we learn to listen today, maybe tomorrow someone will listen to us. But before you head to the cinemas, do not forget to take a few boxes of tissues, as one won’t be enough. As for the ending, have something soft with you to hug, because you will need it.