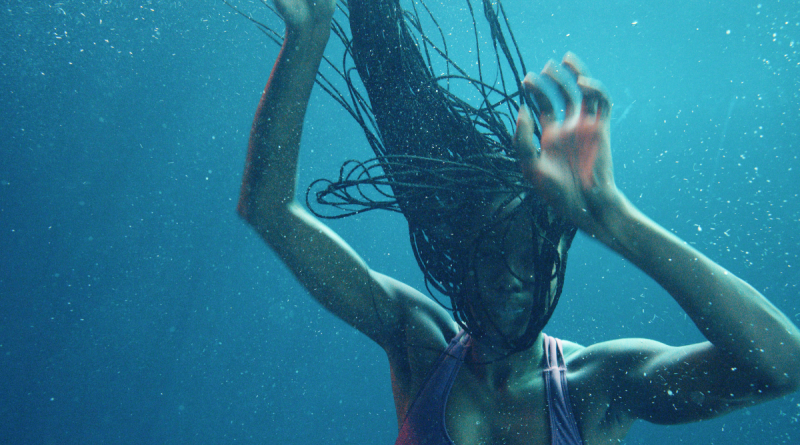 One of the biggest draws of TIFF is the chance to sample well-made, intriguing films from other nations and with other perspectives, and this year’s festival has gone strong for diversity themes, creating an impressive array of such offerings. Nanny speaks to feminist issues, racial ones, and immigrant experiences as well as the perennial American Dream, making it an ambitious and worthy drama, with ambitious creative reach too. Writer-director Nikyatu Jusu’s Nanny, a thoughtful drama mixed with mystical surreal sequences about a Senegalese mother working as a nanny in the U.S. while worrying about her own young son back in her home country. Nanny is a worthy, intriguing film, but one where its reach at times exceeds its grasp, although it mostly hits its target straight on.

It is an all too common situation around the globe: women from developing countries working in more prosperous ones while their children. even small ones, remain in their home country. Nikyatu Jusu is the American-born daughter of immigrant parents from Sierra Leone, putting her one step away from the African immigrant experience, which may have helped her with insights into the struggles of the immigrant mother at the center of this story. This well-acted drama explores the enduring appeal of the American Dream, its illusions and the challenges of a life divided by long distances, as well as this immigrant mother’s experience.

Aisha (Anna Diop) is working in New York City as a nanny for an affluent white couple, caring for their young daughter Rose (Rose Decker). Rose is a picky eater prone to tantrums but she becomes calm and cooperative under Aisha’s warm care. The opposite is true in the presence of her stressed, critical mother Amy (Michelle Monaghan), who is absorbed by her work and stressed by everything. While Amy seems to appreciate all Aisha does, she also is always asking her to do more while forgetting to pay her and even questioning her pay rate. Meanwhile, Amy’s husband Adam (Morgan Spector) is often absent and it is clear their marriage is strained. When Adam does show up, he is initially kind and supportive towards Aisha, even getting her some back pay, but he becomes increasingly inappropriate towards her.

Aisha is juggling a lot in her life, as she struggles to handle her difficult employers, make payments towards bringing her son Lamine to New York, and keep in touch with him back in Senegal though her friend who is caring for him.

Where Nanny succeeds most is in its depiction of Aisha’s life from her viewpoint, where her work as a nanny is just a means to the end of getting her son to join her in New York. Aisha finds herself force to resist the pull of her employers to be drawn into their drama or their pressures to exploit her. Nanny won a Grand Jury Prize at Sundance 2022, and there is much to like about this sometimes mysterious drama. Oddly, the film is being billed as horror but although it has frightening moments and a fantasy, mystical element, describing it as horror seems inaccurate given its strong dramatic narrative line.

Certainly, the film has something important to say, and it is well-cast and well-acted. The intentions are good but not everything works out in the more fantastical scenes in Nanny, making it a bit of a mixed bag. However, one of its strong points is the fine performance by lead Anna Diop as the hard-working nanny, a performance well supported by Michelle Monaghan as her brittle employer.

Jusu infuses her film with watery imagery that draws on African traditions, giving the film a touch of magical realism. These scenes illustrate Aisha’s emotional state. particularly her worries about her son back home and her pain at their separation. At first, these images take the form of dreams that haunt her, but then they begin to intrude on her daily life, as figures from African mythology start to appear too. The film struggles a bit the maintain its balance between the magical and the real, which starts to distract the audience from the drama of Aisha’s situation in her struggles with her employers and her increasing worries about her son.

The late introduction of a love interest, in the form of a doorman named Malik (Sinqua Walls) and his magical grandmother (well-played by Leslie Uggams, a real treat), adds a lighter dimension to what had been a pretty heavy drama, and takes us further into the film’s mystical side. Combined with the fantasy sequences, it contributes to a mixed, complicated tone for the film and amplifies the mismatch is between the realism of Aisha’s struggles with her employers and her worries about her far-off son, and the symbolic, surreal tone of the fantasy sequences. Although the script does in the end resolve the meaning of her mysterious experiences, for awhile they create a distracting dissonance in the film.

Another issue is that the fantasy sequences are not as polished compared with the polished look of the realist drama scenes, perhaps reflecting a limited budget. What is supposed to be happening in these sequences are not always clear, and audiences may be simply puzzled by some scenes. Still, the film eventually overcomes those issues, and the dramatic story line is rescued by fine performances.

Nanny is a noble effort, a good topic, and much (but not everything) works in Jusu’s film. However, one might wish the writer-director had split this into two films or made a firmer commitment to one tone or the other instead of mixing mystical, magical realism and a more realist drama.