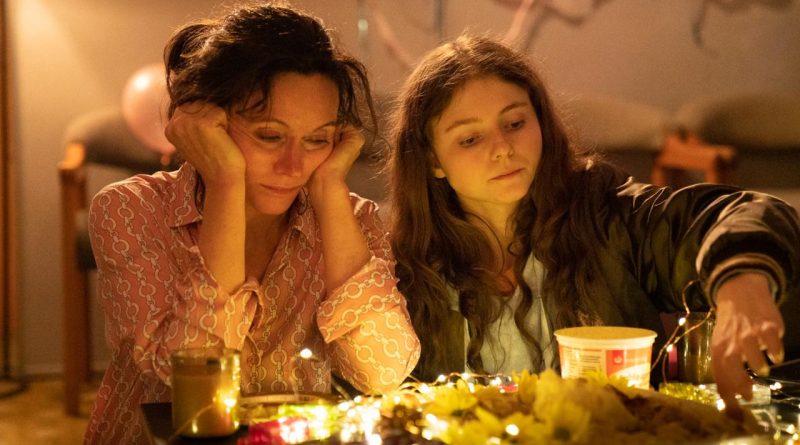 Bunny King sets off to work with a squeegee in hand and a spring in her step that’s born of her determination to hide her desperation. She’ll clean windshields on a busy roadway, then hurry to a child services office to visit with her teen son and young daughter, sparing change from her earnings for another mom needing a kind word.

Set in New Zealand, The Justice of Bunny King is a compassionate drama about one woman trying to get her life back together and the hurdles that are in her way. Some of these are biases against someone poor who’s lost her children. Others are the fallout of her choices.

Making her feature directing debut, Gaysorn Thavat (Whale Rider, Without a Paddle) crafts a sympathetic portrait of Bunny that never feels manipulative, even when the story doesn’t quite gel. Bunny (Essie Davis, Nitram, The Babadook) lives a step above homelessness, sleeping on her sister’s couch. She cleans her home, cares for her three nieces and nephews—and pays rent, even though she’s hunting for her own place so she can get her children back.

The script by Sophie Henderson (Fantail) and Gregory King, working from a story from Thavat, sets viewers at a disadvantage by not revealing until much later what landed Bunny in such circumstances. While that may be the point—to make us question our own preconceived ideas—I couldn’t help but wonder whether a clue or two would have made the story more emotionally engaging. Bunny’s background clicks so satisfyingly into place that it casts her behavior into a whole new light.

Nevertheless, Davis’s lived-in performance, full of fierceness and flickers of vulnerability, gives this tale its heart. Bunny uses the same razor blade to scrape windshields, sharpen eyeliner, or peel potatoes, a woman coiled tight in her own skin, rarely peeling back what’s underneath.

Bunny finds camaraderie among the other window-washers, including Semu, (Lively Nili), an indigenous man living with extended family. Her social worker (Xana Tang, Mulan) urges her to meet with a “dress to impress” helper for better clothing to look professional, something at which Bunny scoffs until seeing herself in a sharp blue suit in a mirror. You need to believe that you deserve a place for you and your kids, the worker says, and the way Davis’s eyes soften, it’s as if she’s looking at a life she never thought possible. When Bunny ventures out into the world this way, The Justice of Bunny King subtly comments on the response Bunny typically receives.

The Justice of Bunny King introduces more than just Bunny’s struggle to reunite with her children, such as a subplot of abuse involving her niece (Thomasin McKenzie, Last Night in Soho) that sends the story toward a surprising and somewhat disappointing climax. But in its kind, understated moments, The Justice of Bunny King hits hard, whether sharing a birthday cake by candlelight or Bunny hugging her little girl in a closeup, worries gone and her face full of love—a slice of human connection that leaves viewers wanting more.