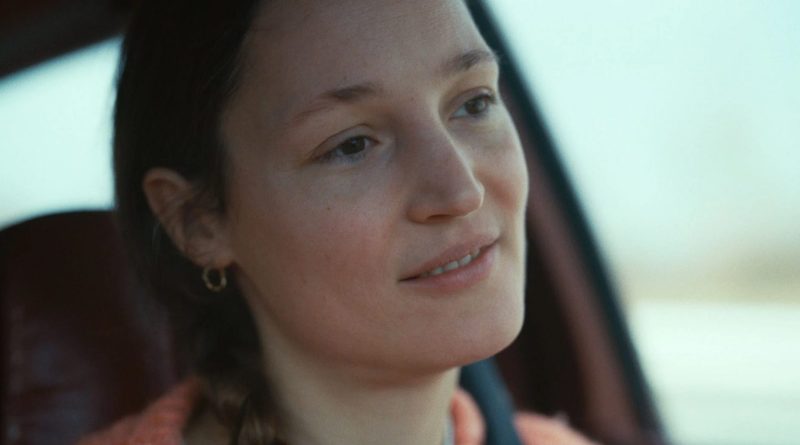 Hold Me Tight follows a distraught mother engulfed by grief

From the opening moments of Hold Me Tight (Serre moi fort), French director Mathieu Amalric invites us to put assorted jigsaw puzzle pieces together. Soon revealed as the mother of son Paul and daughter Lucie, Clarisse sits before a dozen face down photos which she turns up and then back to face down, repeating angrily, Let’s start again.

Clarisse seems intent on doing exactly that as she packs a small bag, finishes a grocery list, and says nothing as she leaves her children and husband Marc in their second car, heading to the ocean. Her erratic, at times dysfunctional behavior alternates with what appear as, possibly, earlier events, perhaps also some later encounters. Why has she left her apparently happy family?

What appear initially as fairly random juxtapositions of brief scenes, without contextual details, kept me deeply involved. I deliberated over and struggled to detect Clairsse’s motivation for unhinged behavior: drinking too much, flirting, part-time jobs, and moving town to town. Meantime, life for the abandoned husband and children seems to proceed with minimal disruption.

Best known in the U.S. for Phantom Thread and Bergman Island, Vicky Krieps anchors almost every scene with masterful shifts of emotion. As young piano prodigy Lucie, Anne-Sophie Bowen-Chatet plays beautifully as does the teenage Lucie, Juliette Benveniste. Clearly both are accomplished musicians, their music often powerfully interpreting and defining significant moments. This convoluted story comes into focus a little at a time with riveting revelations. Hold Me Tight is in French with English subtitles.