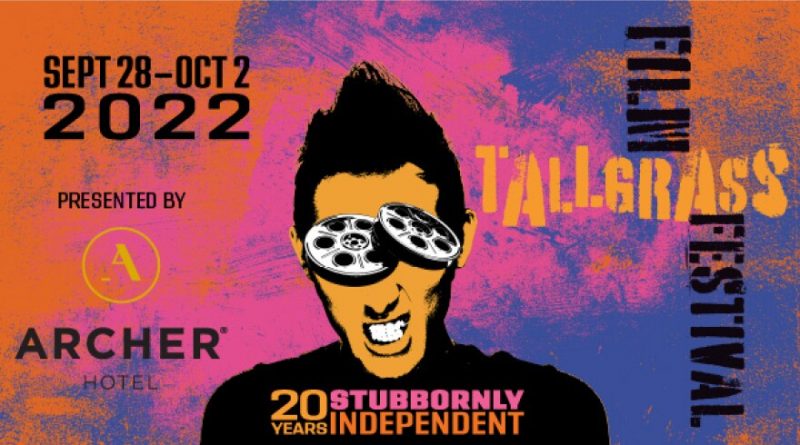 The Alliance of Women film Journalists partnered with Tallgrass Film Festival to present EDA Awards for Best Female Directed Films at the festival’s 20th edition, held in Wichita, Kansas from September 28 to October 2, 2022. This is the second consecutive year of the partnership.

With “Stubbornly Independent” as its motto, Tallgrass Film Festival, one of the nation’s leading regional film festivals, founded in 2003, aims to foster an appreciation of the cinematic arts by creating shared experiences around the international medium of film. Women in film are high priority on the festival’s agenda and the program presents a high percentage of female-directed films.

Two jury panels of AWFJ members selected the winners from films nominated by the festival, including four narrative films and ten short films.

The AWFJ EDA Award winners were announced and awards presented to their worthy winners at the Tallgrass Film Festival’s awards ceremony on Saturday, October 1 at Wichita’s historic Orpheum Cinema.

Jury statement: An incredible and insightful documentary that doesn’t condemn faith-based religions like Christianity in relation to the LGBTQ community but instead embraces the duality of living both a life pride as someone who is queer but also has faith-based beliefs. It was heartwarming, informative, and impactful in its message. The film is a beautifully crafted extension of the short doc Trans in America: Texas Strong that first introduced us to the striking young trans girl Kai Shappley. She’s even more compelling in Mama Bears and her own personal battle for trans rights takes on powerful emotional dimensions as we share the stories of other gay children struggling to find acceptance with support from their parents. There are heart wrenching moments and battles won and lost. While Daresha Kyi’s film doesn’t suggest easy solutions it never wavers from a positivity that things may change. And that’s worth a lot.

Jury statement: The essential contributions brilliant women have made to the U.S. space program have been left to languish in the shadows for too long, and the filmmakers, artists and storytellers bringing those stories into the light deserve our appreciation. Kudos to director Sarah Moshman for introducing us to astronaut Anna Fisher, who in the 1980s became the first mother in space. Inspired by Dr. Fisher’s true story, Moshman’s short fiction film depicts the NASA mission specialist as an ambitious scientist who doesn’t hesitate to accept her dream mission, even when it is offered to her 8 1/2 months into her pregnancy – and who steadfastly pursues her dream, even when others try to dissuade her with a hefty dose of mom guilt. Emmy-nominated performer Lauren Lapkus has previously proven she can quickly make an impression with her turns in Orange Is the New Black, The Big Bang Theory, Jurassic World and more, and she’s quietly terrific in this short film that could easily be expanded into a full feature. From being referred to as a “lady astronaut” to being asked if her daughter would forgive her if she died on a space mission, Dr. Anna Fisher has more hurdles to leap over than training in zero gravity. The casual sexism of the 1980s is jolting, but is a glimpse at how far we’ve come.

The jurors on both panels agreed that this year’s roster of nominated films was exceptional, and very much a credit to Tallgrass Film Festival’s female-forward programmers Melanie Addington, Andre Seward and Hannah Bothner.