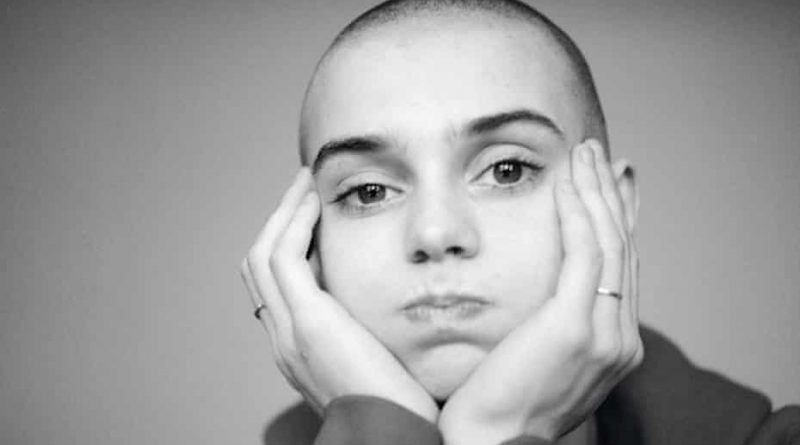 The Showtime documentary Nothing Compares focuses on the life and career of Dublin-born pop singer-songwriter Sinéad O’Connor, who first made a huge splash on the music scene in 1987 when she made her debut album, The Lion and the Cobra, which charted internationally. With her distinctly mesmerizing vocals, shaved head and huge green eyes, she was also a rebellious fashion plate, whether baring a fancy bra onstage or dressing up in suspenders and denim shorts. She also had a thing about Bob Dylan, her favorite musical artist ever.

However, Belfast-born director Kathryn Ferguson also focuses on the singer’s up-bringing with an abusive mother, who was divorced from her father. Her sadistic mother Marie would make her daughter sleep at night in her garden and would turn off the lights in the house so she couldn’t see. When she was 15, Sinéad acquired a taste for truancy and shoplifting, which caused her to spend 18 months in an asylum. But what she hated most was conformity. As for her sadistic mom, she died in a car accident in 1986 when Sinéad was 19. She was free at last.

Her fans admired her artistry and her powerful vocals. However, she wasn’t shy about bemoaning the social issues of the day both in her homeland, where abortion was banned, as well as her Catholic background. She even protested for gay rights.

Her second album, I Do Not Want What I Haven’t Got, was her biggest success, which sold seven million copies worldwide. But the lead single, Nothing Compares 2 U written by Prince would become the No.1 world single in 1990 by the Billboard Music Awards. Alas, the Prince’s Estate would not allow the doc to feature the song. But anyone can dig up the MTV video online to see why so many were moved by her rendition.

When she performed on the Grammys, the music community decided to dismiss any notion of having rap and hip-hop categories, leaving most Black musicians out in the cold. In solidarity, she sported a Public Enemy emblem on the side of her head.

But most infamously, this entertainer, then age 25 and a member of the Catholic faith decided to make a bold statement while performing on Saturday Night Live about how clergy members had a habit of sexually abusing children by ripping up a photo of Pope John Paul II. O’Conner was supposed to perform in Madison Square Garden on October 16, 1992 where she was to participate as part of a gala to celebrate her idol Bob Dylan’s three decade recording career. She was to supposed to sing I Believe in You from the 1979 album Slow Train Coming. But she never got to deliver that rendition: Boos and cat calls greeted her arrival. She decided sing a cappella version of Bob Marley’s song War – the song she performed on SNL.

O’Conner, now 55, never quite hit the heights of her earlier career again. Still she has recorded 11 albums and continues doing live shows. Would this ever happen to a male pop artist? Who knows? But she did open the door a bit for other female singers to express themselves as artist and also be a sentient being worthy of thought, opinions, ideas and emotions.