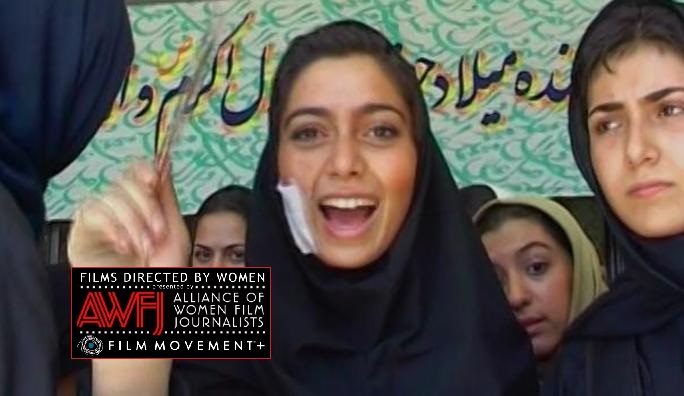 Director Rakhshan Bani-Etemad’s verite documentary starts out as a look at how Iran’s young people, especially girls that include the director’s daughter, organized in support of reformist candidate for president Mohammad Khatami in 2001.

But Bani-Etemad discovers that many women are also running, despite the restrictions placed on women’s autonomy in Iranian society and with little recognition or chance of winning. She begins to explore why these women wanted to make their voices heard. Her film soon focuses on one in particular, the quietly fierce Arezoo Bayat, a 25-year-old divorced mother who cares for her young daughter and blind mother. In following Bayat as she struggles to find housing while holding down two jobs at meager pay, “Our Times” becomes a searing portrait of one woman’s life in contemporary Iran.

When her landlords evict her to make way for their son and his bride, Bayat is forced to find a new place for her family to live. It’s an impossible task not just because the rents are too high but also because landlords will not rent to a single woman. Still Bayat perseveres, often challenging the dismissive male realtors in her unassuming but straightforward manner. It’s telling that the mere presence of Bani-Etemad’s camera unnerves people. Men aggressively push the lens away while women hide their faces.

As Bayat pounds the pavement in search of a home, in addition to working at an insurance company, we gradually get to know her. She tells Bani-Etemad about her series of jobs, all at less pay than men would make for doing the same work. We learn that she was married twice; both husbands were addicted to drugs and left her as the sole supporter of her household.

In verite documentary tradition, Bani-Etemad naturally becomes a character in such a risky undertaking and even loans Bayat money to put down on a place to live. When Bayat is unceremoniously fired for taking time off to look for housing, it’s an frustrating and heartbreaking moment as her stoicism and determination break. Our Times follows one life but emerges as a devastating portrait of women in Iran struggling to live within, and create change, in a repressive society.