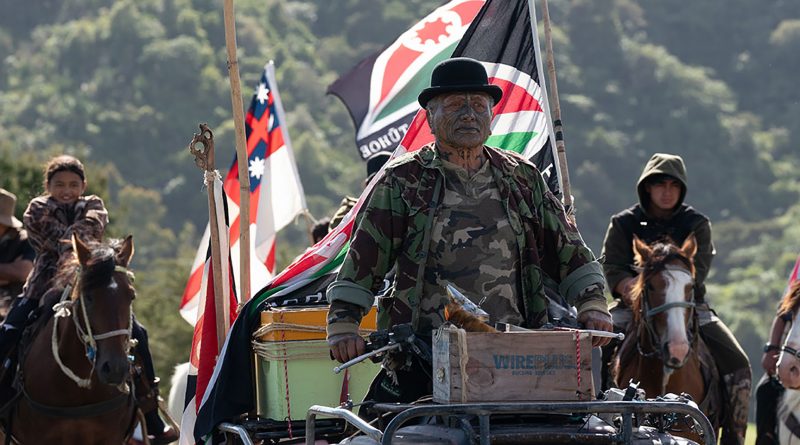 Each country has its own story to tell about racism, suppression and police brutality. When it comes to serving and protecting people, some carry the badge but fail to recognize the true nature of their duty. Is it just an order they follow or lead by anger and frustration? Either way, nothing can justify killing and violence against one’s own people who always rely on the people in uniform to come to their rescue.

(Muru is a solid thriller inspired by true events of police raids that took place in 1961 and 2007 in New Aealand. It follows a local police Sergeant “Taffy” Tawharau (Cliff Curtis) who must make a tough decision to assist the Government with a police raid or stand by his community and prevent possible bloodshed. When the government launches an armed raid on Taffy’s community called Ruatoki on a school day, things go terribly wrong. What starts as a mission to find and arrest a possible local terrorist who threatened to attack the Prime Minister turns into a violent altercation with casualties that could have been prevented.

The film does not try to recreate the action raid, which it mentions right at the beginning. It is just a response in a manner the director Tearepa Kahi found feasible. It is a profound way of telling what may happen after making a terrible mistake and consequences that can last for decades. It explores guilt, struggle, racism, misconception and a violent response to something that did not have to happen. As you watch the film, you realize what a mess the entire operation was. Right from the beginning, the government shoots straight into its own leg and does not realize it. But once the human factor kicks in, the error comes in right after, triggering a chain of remarkable events that’s both tragic and educational from a historical point of view.