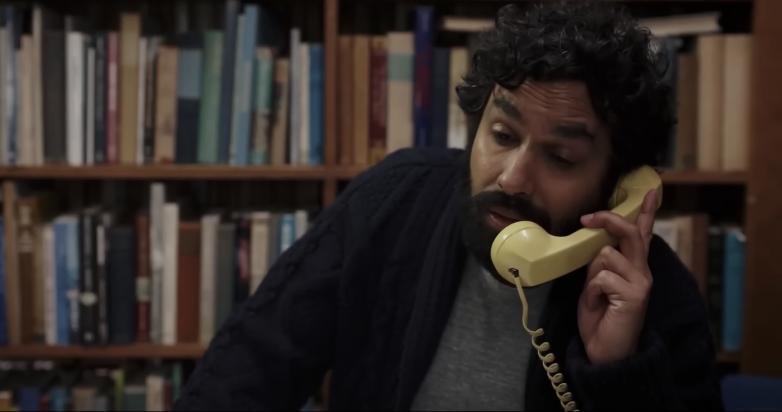 Here’s the thing about movies: The minute a star is announced in the lead, the spotlight beads in on that actor. That leads to expectations. In the case of the sweet film, The Storied Life of A.J. Fikry, it’s best to hold back the fandom surrounding Kunal Nayyar.

Nayyar played Rajesh Koothrappali on television’s wildly successful Big Bang Theory. Here, he plays the title role. But the story of “the storied life” is about way more than Fikry, which is why the ensemble cast matters. Fikry does, however, hold the center. At the beginning, however, he lolls, deep in mourning.

Fikry runs Island Books, a bookstore on Alice Island — although “run” may be too energetic a verb. He is sorrowful, so he drinks. Every night. All night. All day, he tries to keep his store afloat, for he is drowning in debt.

One day, a representative of a publishing company rings his store bell. She announces, “I love the smell of books” to the clerk reading Alice Munro. Another day, echoing Silas Marner, Fikry finds a toddler in the stacks; the child opens another chapter in Fikry’s life. In the small town of Alice Island, each of these moments matters — as do others in the plot line of the story. Gabrielle Zevin wrote the screenplay, based on her best-selling novel. Zevin is wise, especially about books: “sometimes books don’t find us until the right time,” she wrote. And she is witty: she notes that the toddler’s conversational skills are “lacking.”

Zevin has written other screenplays, such as Conversations for Other Women, for other films directed by Hans Canosa. For the film of The Storied Life of A.J. Fikry, she maintains the through line of her novel, which includes a valuable copy of an Edgar Allen Poe poem and skips through years.

The cast, in addition to the bookseller, played by Lucy Hale, includes an ego-centric writer, who thinks books are “paper carcasses”; he is played by Scott Foley. Also in the ensemble are a kind bartender played by David Arquette and a complicated sister played by Mad Men‘s Christina Hendricks (do watch her act as her character grows).

In addition to canny flashbacks and one flashside, Canosa juxtaposes the bookstore’s cluttered, claustrophobic setting with Cape Cod’s luxurious ocean views, shot by Alex Vendler. The appropriate music by Jeff Eden Fair and Starr Parodi adds to the branches of A.J. Fikry’s life, which does not turn out as expected.