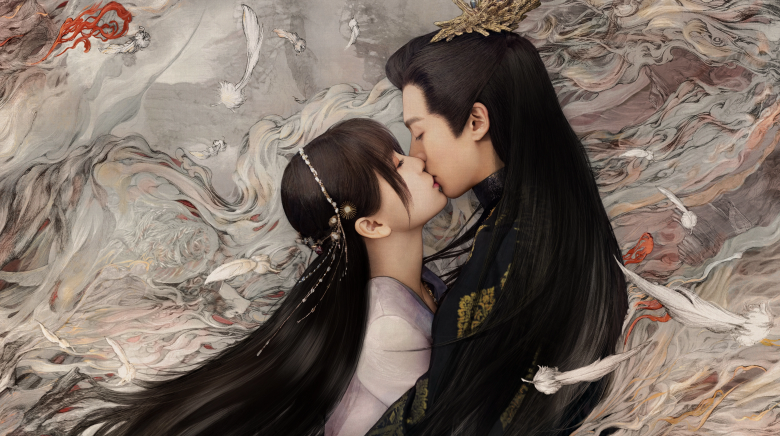 Sorry, Hollywood, but I’m cheating on you!

“I want to see the sun,” Orchid whispered to Moon Supreme. She had just plunged a magical sword into her heart, releasing vital energy that resurrected 100,000 petrified soldiers. Now, after witnessing this ultimate, earth-shattering sacrifice, we were watching the intimate farewell between Orchid and Moon Supreme. Just the two of them against the enormous disc of a setting desert sun. He cried and clasped her in his arms until a wisp of wind dissipated her in a handful of petals. He had hurt and betrayed her, and her way of paying him back was to save him and his tribe at the cost of her primordial spirit. My T-shirt was soaked with tears. What Hollywood show has ever had the same impact on me? Not a one.

The Chinese show Love Between Fairy and Devil is such a carefully choreographed ballet of emotions and thoughts on the nature of love, power, and society — hammering home its points with an impossibly attractive cast and a highly addictive soundtrack — that I, a bone-weary middle-aged woman with grown-up kids, found myself pledging all my time (and the entirety of my soul) to it.

Finding the Netflix release schedule too slow for my aching heart, I unearthed all 36 episodes of Love Between Fairy and Devil online and binge-watched the show in low res, late at night, reading subtitles until my eyes hurt. Now I’m re-watching it on Netflix, never skipping the opening credits, with their exquisite, hand-painted fairyland scenery. If this show told me to jump off a cliff, I would. Luckily, it never did. But it commanded me to become a fangirl of the 22-year-old lead actor, Wang He Di, aka Moon Supreme. It had me swooning over him in the show’s behind the scenes footage, not to mention his vlog, TikTok, and Instagram. Continue reading on THE FEMALE GAZE