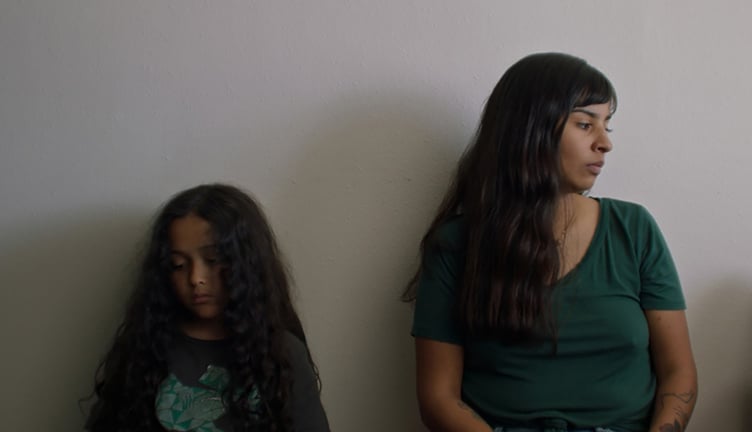 Some would say every mother is a single mother.

The Other Tom is a deceptively quiet film about a single mother and her little boy and her struggle to do the right thing for her child.

Within that structure the story covers a lot of ground about gender, race and class and is sharp-eyed in its observations about the extra obstacles created for anyone on the public purse.

It’s easy enough to judge Elena (Julia Chavez), a tough single Mexican woman who works when she can operating construction equipment. She and her nine-year-old son Tom (Israel Rodriguez) live in a trailer in El Paso; Elena collects some kind of government benefits, which makes her answerable to many.

Tom is a child who keeps moving even when he is standing still. He is an angelic looking kid and he’s obviously very smart, but he is endlessly busy and distracted and often in conflict with his mother and his teacher.

Before long, Elena is told that Tom has ADHD and he is given a prescription for that. Then he needs another prescription so he can sleep at night and then another to control the facial tics that are probably a side-effect of one of the other medications.

Tom’s teachers are satisfied with his schoolwork and his ability to focus once he’s medicated. He seems to fit in better with the other kids, too, but something’s not right.

An accident convinces Elena to take Tom off his medication. That’s not a simple decision, because it puts her at odds with his teachers and it puts social services on her case.

She risks losing custody of her son.

Elena flirts briefly with doing what she’s told by various lawyers and social workers. She allows Tom to go to a special camp for ADHD kids.

Then she finds a different solution and the two of them take a road trip to Mexico and a brief escape from their regular lives.

The Other Tom is written and directed by Laura Santullo and Rodrigo Plá and based on Santullo’s book of the same name.

The specifics of the child’s ADHD diagnosis and medication nod to a current health care crisis in America but also serve a wider cautionary tale here about control and conformity.

“Don’t you want him to be normal?” asks one of Elena’s friends about Tom.

“His behaviour is not normal,” says one of Tom’s teachers — it’s just some of the unsolicited advice that comes Elena’s way. A scene of child’s services staff going through her kitchen cupboards and commenting is particularly disturbing.

The bond between mother and son is the heart of The Other Tom, and it’s a bond underlined by a camera that never really looks fully at any other character.

This is a subtle and affecting film that sort of sneaks up on you and stays with you, and it works because of the performances from Chávez and Rodriguez — both screen newcomers. We’ll see them both again, no question.